Atlanta police officers also found a wounded man who they say stumbled from an apartment building to a nearby gas station.

ATLANTA - Police said one man was critically wounded, a woman is dead, and an infant is in protective custody following a shooting in northwest Atlanta on Friday morning. Investigators said the scene stretched for about a block as one of the victims fled the scene leaving a trail of blood behind.

The shooting happened around 2:45 a.m. at a gas station in the 1600 block of Joseph E. Boone Boulevard near the corner of West Lake Avenue NW. Atlanta police said officers, responding to reports of a person shot, found a man with multiple gunshot wounds at the gas station parking lot.

That man was rushed to an area hospital in critical condition. He underwent emergency surgery for gunshot wounds to his arms, legs, and body, but is expected to survive, police said.

While surveying the scene, police said the officers noticed a trail of blood leading to an apartment complex off West Lake Avenue NW, about a block south of the gas stations. Inside, police said those officers found the body of 23-year old Diamond O'Neal, dead from multiple gunshot wounds. 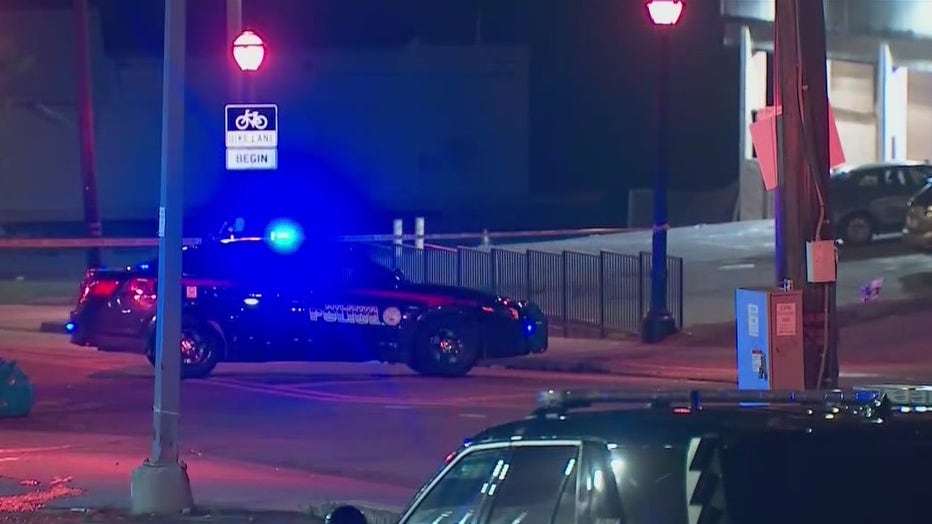 A one-year-old child was also inside the apartment, police said but was unharmed.

Police said there appears to be no forced entry, but investigators believe the shooting happened at the apartment and the male victim went for help.

Neighbors said the woman had only lived in the apartment for about a month.

"I am sad, hurt, and depressed. That could have been me or anyone. I am a mother and a grandmother," neighbor Leslie Ramirez commented.

Police have not released the identities of either victim and are working to determine what led up to the shooting.

Investigators said the shooting may be domestic-related.

Anyone with information about the shooting is asked to call the Atlanta Police Department.