ATLANTA - Sen. Johnny Isakson is set to deliver his farewell speech Tuesday afternoon from the floor of the U.S. Senate. 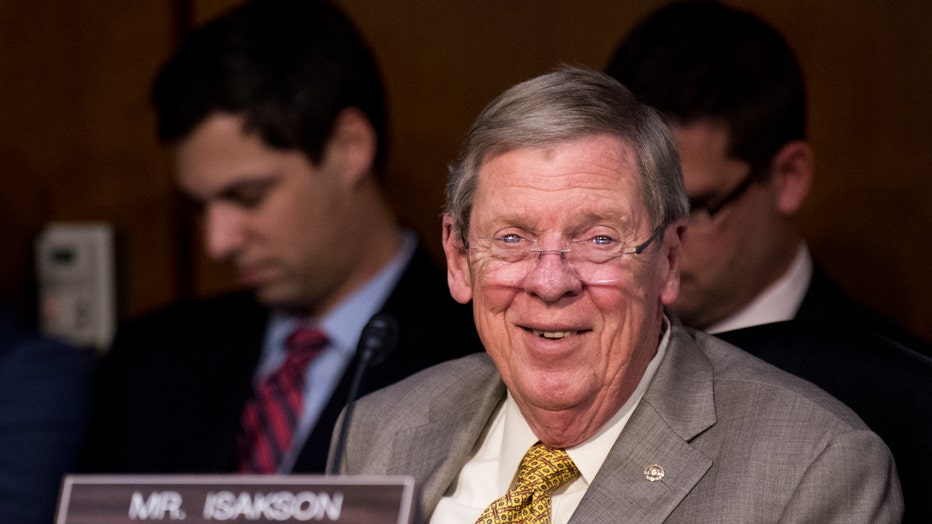 UNITED STATES - NOVEMBER 16: Sen. Johnny Isakson, R-Ga., looks on during the mark up of the Senate's tax reform bill in the Senate Finance Committee on Thursday, Nov. 16, 2017. (Photo By Bill Clark/CQ Roll Call)

The three-term Republican senator is stepping down this month because of health issues. His exit puts both of Georgia’s GOP-held Senate seats up for grabs in 2020 and Democrats are hoping to score an upset.

The farewell comes as President Donald Trump’s supporters openly criticize Gov. Brian Kemp for his expected pick to replace Isakson until the next election.

A GOP political consultant, speaking on condition of anonymity, told The Associated Press that Kemp will appoint wealthy business executive Kelly Loeffler. Trump supporters call her too moderate and inexperienced for the role. Kemp will formally announce his pick Wednesday morning.