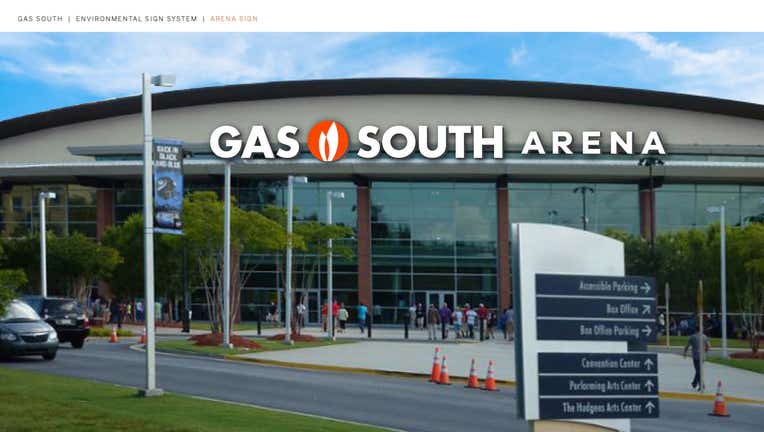 GWINNETT COUNTY, Ga. - Indoor concerts, sporting events and conventions in Gwinnett County will have the same home with a new name.

"Among the numerous opportunities the acquisition of Infinite Energy has presented for Gas South, our team is especially excited about the affiliation with Gas South District," Kevin Greiner, Gas South’s President and CEO, said. "As the leading natural gas provider in the Southeast, it’s fitting to also have our name attached to one of the premiere live entertainment destinations in the region."

The new name will be used officially, effective immediately, but signage and branding around the convention center and the arena will not be unveiled until the summer.

The 708-seat performance all at the newly-named Gas South Convention Center, has morphed into Gas South Theater.

Gas South Arena is set to host its first large-scale concerts since the COVID-19 pandemic, including James Taylor on Aug. 17 and Blake Shelton on Sept. 18.

"At this pivotal time for the live entertainment industry, we are grateful to have a partner like Gas South to help us welcome guests back to the unforgettable experiences you can only find within venues like Gas South District," said Stan Hall, COO for the Gwinnett Convention and Visitors Bureau. "We look forward to a long and successful relationship that further bolsters our goal to be one of the foremost entertainment destinations not only in the region, but also nationwide."

The venue is hosting high school graduation ceremonies for Gwinnett County and Forsyth County high schools throughout the week.