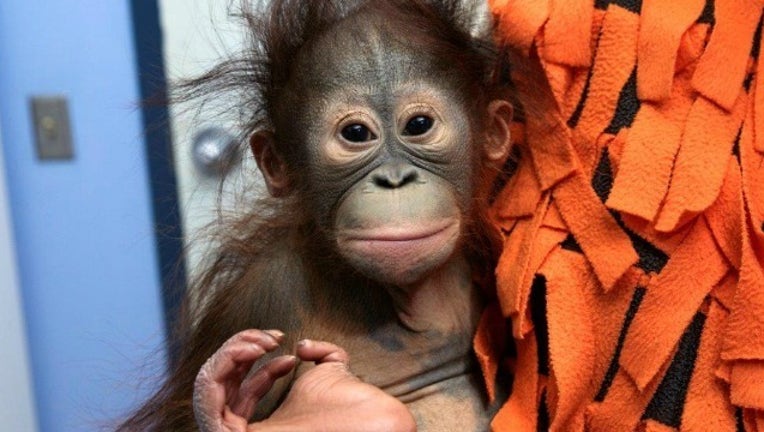 In the coming days, officials say Keju will meet with 32-year-old female Sumatran orangutan Madu, who they hope will become her new foster mother.

Madu has fostered three youngsters over the past 13 years.

The Orangutan Species Survival Plan recommended that Keju be transferred to a location with an experienced surrogate after officials realized that her biological mother would be unable to provide appropriate maternal care for her.

Officials say Zoo Atlanta houses the largest zoological collection of great apes in the U.S., including 20 gorillas, and is now home to 12 orangutans.