Frustration with Cobb Schools over calling out hate speech

Some parents are upset with the Cobb County School District over what they call an inadequate response to recent hate speech. Their complaints come after swastikas and other graffiti associated with Nazis were discovered at two schools.

They call the board’s response inadequate.

A district spokesperson said the board chair has publicly condemned these incidents on numerous occasions.

In a new statement to FOX 5 News, the board continued to condemn hate speech and antisemitism but the president of the Atlanta Initiative Against Anti-Semitism said this new response still isn't enough.

"It really doesn't address the seriousness of swastikas and praise for Hitler in two schools in the district in the matter of a week," Lauren Menis, the President of the Atlanta Initiative Against Anti-Semitism, explained.

Someone drew anti-Semitic symbols and language in bathrooms at both schools.

"My reaction to the two incidents was what it usually is like 'oh my gosh. Here we go again," Menis said.

The incidents both happened during the Jewish high holidays. 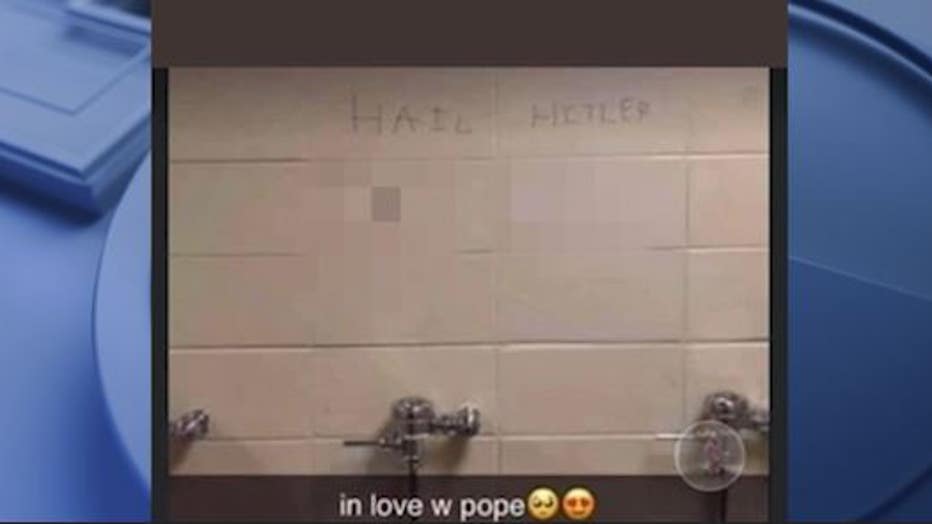 "We are not going to sit and watch hate happen at their schools. We're going to get it addressed," Menis mentioned.

She said that her organization and community members were initially upset that the school board didn’t immediately call these acts anti-Semitism.

Now that the board has done so, she said they want the district to provide students and staff with educational, anti-hate programming to prevent this type of incident from happening again.

"These must be taken seriously and also used as a way to have a teachable moment which is not happening at all," she mentioned.

On Monday, a district spokesperson sent us the following statement regarding the incidents:

"Speaking for the Board Chair and Board, the District continues to condemn the recent disturbing social media trend involving hate speech, anti-Semitic references, and the abuse of school property. It continues to be unacceptable and distracting from our teachers’ and students’ ability to focus on teaching and learning. Our principals have and are engaging with students, teachers, parents, and community members about how to prevent the harmful and illegal behavior from happening. There is zero tolerance for actions that harm individual students, people groups or the school building, and all applicable District policies and laws will be applied. We encourage families to talk to their students about the impacts of inappropriate and dangerous trends circulating on social media. Parents, students, or staff members can report safety concerns to the District’s Tipline via call, text or email."

Menis said "you cannot lump in ‘heil Hitler’ and swastikas with the other things they're lumping it in with."

The AIAAS has created this petition demanding the board take immediate action against antisemitism within their schools.

The organization along with Anti-Defamation League, the American Jewish Committee and the Jewish Student Union plan to attend this Thursday’s board meeting to share their concerns with district leaders.

"When one community is targeted, we're all at risk," Menis described.

FOX 5 did ask the district spokesperson if they've identified whoever was responsible for the vandalism at the schools but they didn't answer that question.