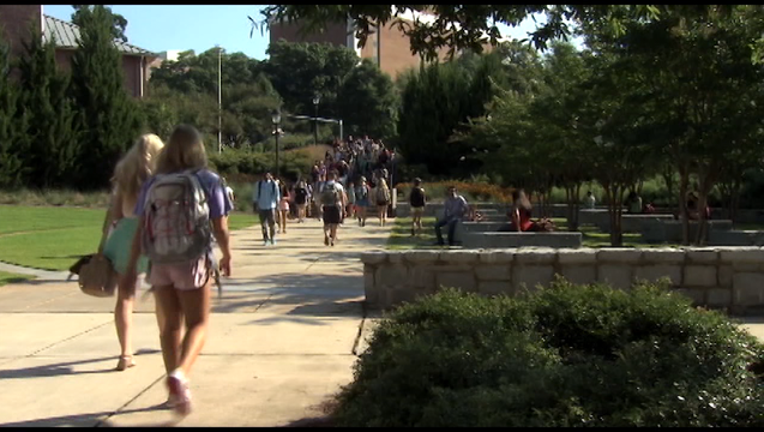 ATLANTA (AP) -- A judge says the Georgia university system must allow immigrants to pay in-state tuition if they've been granted temporary permission by the federal government to stay in the U.S.

Georgia's state colleges and universities require verification of "lawful presence" in the U.S. for in-state tuition. The Board of Regents had said students with temporary permission to stay under a 2012 program known as Deferred Action for Childhood Arrivals, or DACA, didn't meet that requirement.

A lawyer for 10 young immigrants who meet all the other requirements and who have been granted deferred action status argued in a petition filed in April that the federal Department of Homeland Security has said people who have qualified for the program are "lawfully present."

Lawyers for the university system rejected that argument, saying the statement about lawful presence appeared in an FAQ section of the department's website and not as an official policy or regulation.

In an order dated Friday, Fulton County Superior Court Chief Judge Gail Tusan said that while an official policy would be helpful, the fact that it is part of the department's official website means it should be taken as an accurate statement of the federal government's position.

The judge found, therefore, that the Regents have refused to accept the "federally established lawful presence" of the students who filed the petition and many others who find themselves in a similar situation.

"Such refusal of a faithful performance of their duties is unreasonable and creates a defect of legal justice that has already negatively impacted thousands of Georgia students," she wrote.

University system spokesman Charles Sutlive had no immediate comment on Tuesday. The state attorney general's office, which represented the university system, is reviewing the court order and exploring options, spokeswoman Katelyn McCreary said in an email.

Charles Kuck, the lawyer for the students, said he was pleased by the ruling, though he acknowledged that it's not clear what it will mean for these students after Donald Trump is sworn in as president later this month.

"We really don't know what this means long term, but I know that today these kids can pay in-state tuition, something that should have happened four years ago," Kuck said in a phone interview.

Trump has not clarified his plans for the Obama administration program that protects certain immigrants brought to this country as children. While campaigning, he called it an "illegal executive amnesty" and pledged to end it immediately. But he softened his stance after his election.

"We're going to work something out that's going to make people happy and proud," Trump told Time magazine last month. "They got brought here at a very young age, they've worked here, they've gone to school here. Some were good students. Some have wonderful jobs. And they're in never-never land because they don't know what's going to happen."

But what Trump decides to do may not matter in Georgia. State Sen. Josh McKoon, a Repbulican from Columbus who has been vocal in his opposition to illegal immigration, said he disagrees with the judge's interpretation and plans to introduce legislation during the legislative session that begins next week that would limit in-state tuition to people who have legal status in this country, not just lawful presence.

"The judge's order would really become moot at that point because we wouldn't be arguing about does this group of people have lawful presence or not, because we all agree that they do not have lawful status," McKoon said in a phone interview. He said he wants to eliminate any ambiguity.