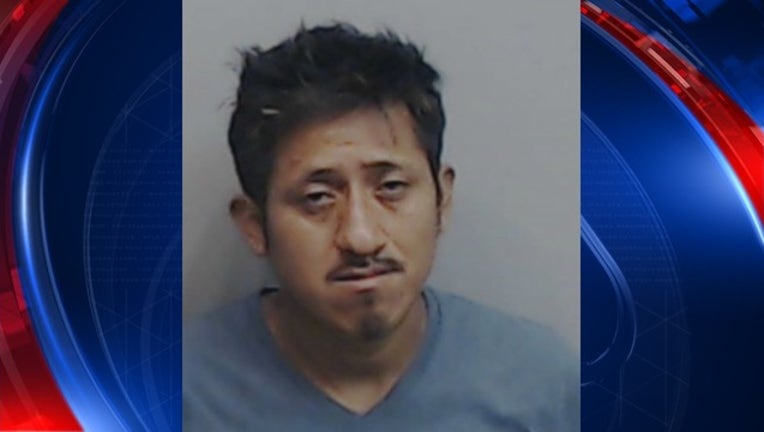 ATLANTA - A man from Guatemala, who is wanted in connection with a 2003 murder in Atlanta, was arrested Thursday morning in Atlanta by officers with U.S. Immigration and Customs Enforcement (ICE), according to officials.

Carlos Chavez, 34, has been a fugitive since March 2003 when a superior court judge in Fulton County, Georgia, issued a warrant for Chavez’s arrest, according to officials. Chavez is accused of shooting and killing Francisco Chavez (no relation) with a handgun, according to police.

On Aug. 3, the Atlanta FUG OPS team was conducting a targeted enforcement action, when they saw a male subject matching the description of their target leaving a residence on Cumberland Drive in Atlanta.

The team conducted a vehicle stop and a field interview to establish the target’s identity. The ICE officers determined that Chavez had entered the country illegally.

Chavez was arrested and transported to the Atlanta Field Office for processing.

During the intake process, officers determined that Chavez had an outstanding arrest warrant in Fulton County for murder. ERO transferred custody of Chavez to the Atlanta Police Department and subsequently lodged an ICE detainer to hold Chavez for future immigration proceedings.

“This case highlights the importance of the rigorous enforcement of all U.S. immigration laws. This individual was encountered during a targeted enforcement action. Through the investigative skills of the arresting deportation officers, Chavez will answer to the murder charges,” said Sean Gallagher field office director for ERO in Atlanta.  “As Acting ICE Director Homan has made it clear, ICE continues to focus its focus its enforcement resources on individuals who pose a threat to national security, public safety, and border security. ICE will not exempt classes or categories of aliens not lawfully present in the United States from potential enforcement. All of those in violation of the immigration laws may be subject to immigration arrest, detention and, if found removable by final order, removal from the United States.”