65-year-old woman beaten inside her home

A 65-year-old woman was beaten inside her Dekalb County home during a robbery.

DEKALB COUNTY, Ga. - A 65-year-old DeKalb County woman was brutally beaten and robbed inside her own home. It happened in the Northcrest neighborhood outside the city limits of Doraville.

"I believe the man was trying to rape me," she said.

The thought of being raped kept going through Holland's mind during her assault Wednesday evening.

She was in bed recovering on Friday, one of her eyes was swollen shut from the attack.

"It's hard for me to see...I had a slight concussion," she explained.

Investigators said it happened at her home on Bowling Green Way near Beach Hill Drive.

"I was trying to scream out hoping somebody would hear me and that's when he started just beating me up. He hit me several times here," she described. 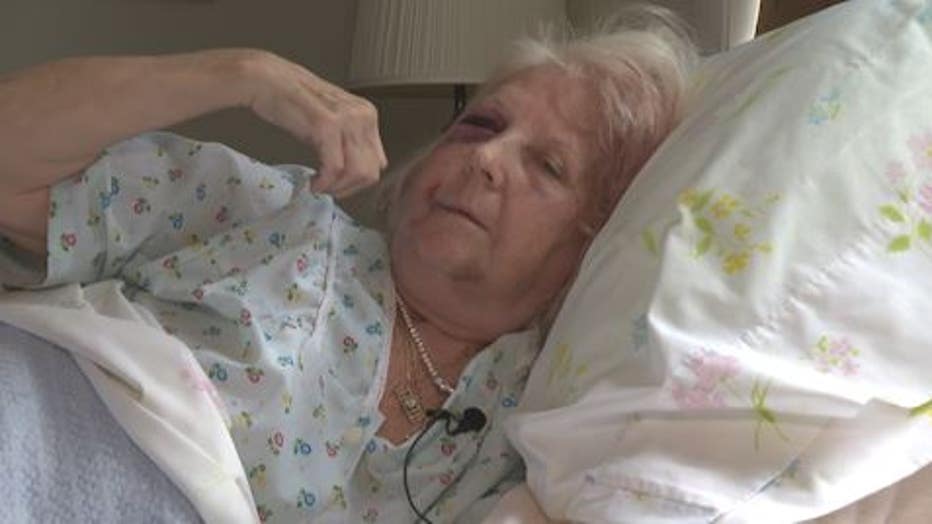 The 65-year-old said she had just returned home and left her front door cracked so her cat could go outside. At some point, a man she describes as tall and muscular, wearing dark clothing came inside and attacked her.

"He threw me down on the floor. This side down and he said 'if you don't cooperate, I'm going to kill you,'" Holland explained.

She went on to say she "blacked out because he was hitting me so hard. I had blacked out so there's a lot of it I don’t remember."

She eventually got away and ran to a neighbor's house to call 911.

"I don't know who it was or why. I mean if he wanted to rob me or just get whatever, I don’t get why he beat me up like he did," she said.

Holland lives alone but she's staying with a relative right now because she doesn't feel safe in the place she's called home for decades.

She has a message for others so no one else experiences the same violent trauma.

"You can't leave your door open for a second. That was my mistake," she explained.

Holland said she'll likely have surgery to fix her broken jaw in a few days.

Police said the assailant is described as a tall black male in his late 30s to early 40s who has a dark complexion with a stocky, but muscular build. He was wearing a dark-colored skull cap, a dark jacket, and dark-colored pants. He was not wearing a mask.

Anyone with information about the suspect is asked to call Tucker Precinct detectives at 678-937-5340 or Crime Stoppers at 404-577-TIPS.