ATLANTA - The Secretary of Housing and Urban Development is heading to Atlanta for a visit Monday.

The mayor highlighted two other new complexes back in April.

Part of the Fudge's visit will also put the spotlight on President Joe Biden's Build Back Better agenda.

According to the White House, part of that agenda is designed to help bolster affordable housing.

The agenda is part of a $3.5 trillion spending package that's been the source of debate on Capitol Hill. 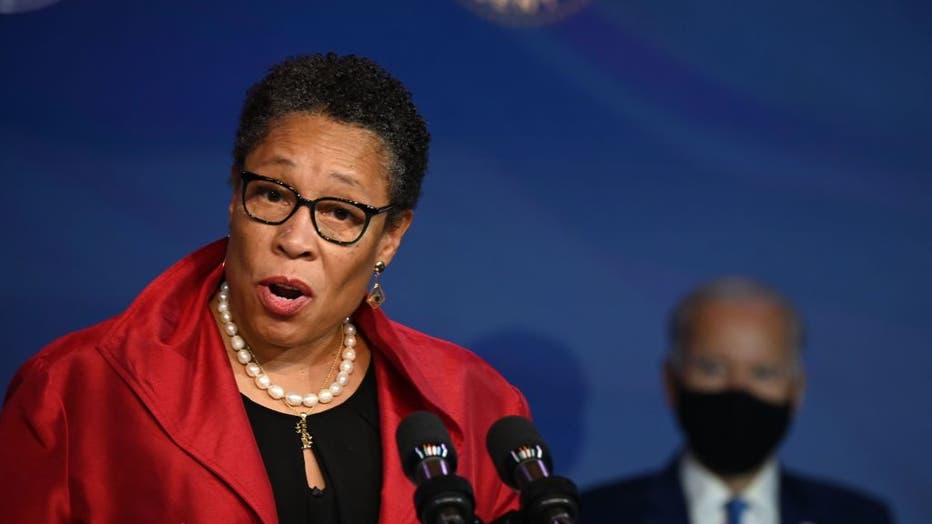 US Representative Marcia Fudge speaks on December 11, 2020, after being nominated to be Housing and Urban Development Secretary (Photo by JIM WATSON/AFP via Getty Images)

The overall bill embodies the crux of Biden’s top domestic goals, with billions for rebuilding infrastructure, tackling climate change and expanding or introducing a range of services, from free prekindergarten and to child tax breaks to dental, vision and hearing aid care for older Americans.

While Democrats are largely in agreement on Biden’s vision — many ran their campaigns on the longstanding party priorities — stubborn disputes remain. Among them are splits over which initiatives should be reshaped, including how to push toward cleaner energy or to lower prescription drug costs.

Republicans say the proposal isn’t needed and can’t be afforded given accumulated federal debt exceeding $28 trillion. They also argue that it reflects Democrats’ drive to insert government into people’s lives.