It’s a strange twist in the murder of social media influencer Alexis Sharkey she was found dead on the side of a road last year in west Houston. Police say Sharkey's husband has died Wednesday in an apparent suicide.

HOUSTON - Houston police confirmed that Thomas Sharkey took his own life when authorities attempted to serve an arrest warrant in connection to the death of his wife, Alexis Sharkey.

Alexis, a 26-year-old social media influencer, was found dead in west Houston last November. Her death was ruled a homicide by strangulation.

PREVIOUS: Authorities identify woman found dead on side of road in west Houston

Houston police investigators shared an update on the death of Alexis Sharkey, after husband was found dead in Florida.

According to police, an arrest warrant was obtained for her husband last week.

"Because of the high-profile nature of the case, and because Mr. Sharkey had been evasive with us throughout much of our time, we went very quietly about obtaining the arrest warrant. But the intent was, once he was arrested, to formally charge him in Harris County with her murder," HPD Sgt. Michael Burrow said. 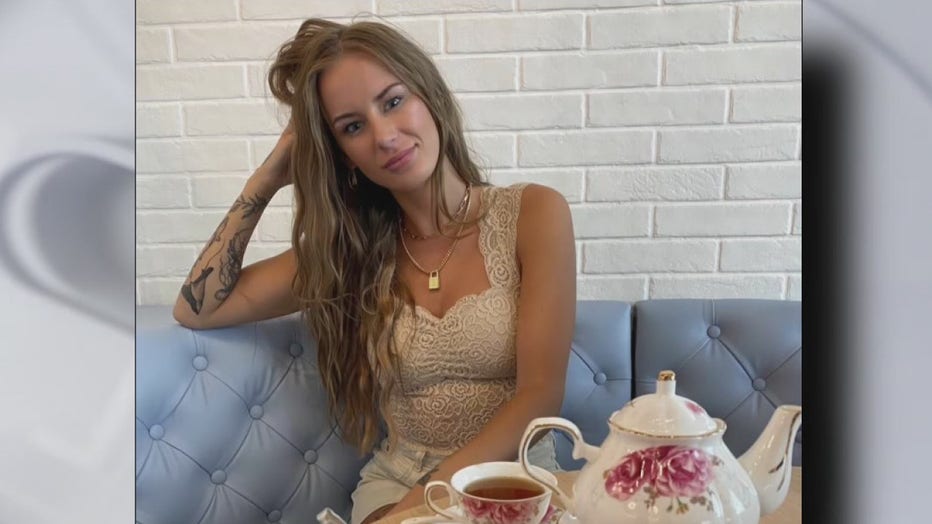 "They were able to make contact and establish that he was inside the residence. Mr. Sharkey avoided them, ran upstairs when he learned that law enforcement was there for him. And he took his own life using a firearm," Sgt. Burrow said.

Police say neither Thomas nor his family knew he was wanted until Tuesday night when he was confronted by law enforcement.

Authorities believe Alexis was killed on November 27, and her body was found along the side of a road the next morning.

"The investigation determined that Thomas Sharkey, her husband, is the only person who had the means, motive and opportunity to have commited the murder. We were able to eliminate other suspects that came up, some of which were brought up by Mr. Sharkey," Sgt. Burrow said.

According to Sgt. Burrow, there was a history of domestic violence between them, and the relationship was ending.

"The divorce had not been filed, but we have a lot of evidence that there was a separation, and that he was interested in reconciling the relationship, and she did not appear to be. No official divorce filings were made. But there's every indication that that was the direction it was going," Sgt. Burrow said.