The Northeast Georgia Medical Center has made it clear it will stand behind Dr. Andrew Green who denies playing any role in the increase suffering of multiple patients.

GAINESVILLE, Ga. - A growing list of patients claim a Gainesville doctor only exacerbated their pain.

Despite the complaints, the Northeast Georgia Medical Center continues to stand behind one of its star surgeons, gynecologic oncologist Dr. Andrew Green.

Green is one of the few north Georgia surgeons in his field who specialize in robotic or laparoscopic surgery, the practice of using a computer to guide a camera and surgical instruments through small incisions near the naval.

The hospital said Green "frequently operates on advanced cancer patients who are at increased risk for complications." 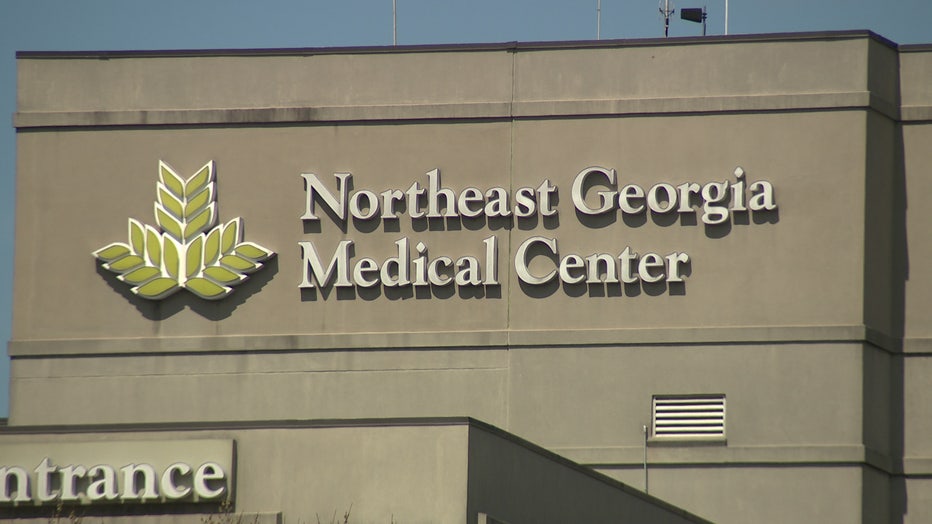 Last year, a Hall County jury ruled Green committed medical malpractice in a case where his patient later died. He and the Northeast Georgia Medical Center were ordered to pay a total of $3 million.

On Thursday, the Georgia Court of Appeals threw out the jury's decision, agreeing with the defense that the patient's estranged husband – rather than her mother and children – should have filed the lawsuit.

But two more lawsuits are currently working their way through the court system. Meanwhile, two others have already been settled and resulted in payments to patients totaling more than $2 million. In those cases Green again denied any wrongdoing.

Why are some patients so upset?

The patients blame Green for damaging their intestines or urinary tract during the surgery and yet still sending them home.

In some case, the cuts can allow feces or urine to pour into the abdomen, potentially resulting in serious, long term complications. 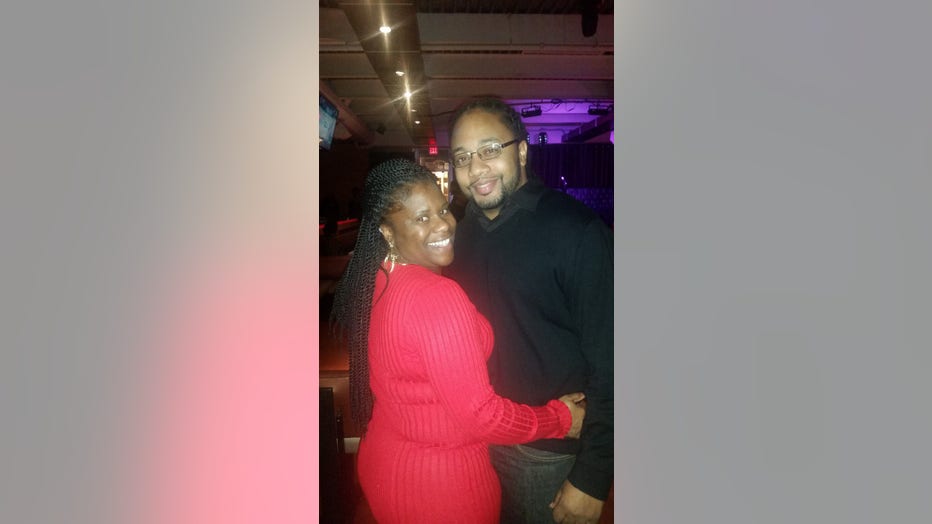 Jessica Thomas and her husband had lost two previous babies before she went to Dr. Andrew Green for help. Her lawsuit accuses him of medical malpractice that left her in "unbearable pain." She also suffered another miscarriage. (photo from Jessica Th

"He has done things that all of us ladies, all of us families have to live with for the rest of our lives," said Jessica Thomas, 35, who lives in Monroe.

She was one of six women who met with the FOX 5 I-Team, all of them either patients or family members of patients who died after Green operated on them.

In 2017, Thomas was 13 weeks pregnant and desperate to avoid a miscarriage the way two previous pregnancies had ended. She went to Green to stitch up her cervix, a standard treatment to prevent miscarriages. She did not have cancer.

According to her lawsuit, at home the next morning she said she started bleeding heavily and "experiencing unbearable pain." An ambulance rushed her to the ER in Athens.

"So they pressed down on my belly a little bit," she recounted. "And my baby just fell out."

Her lawsuit accused Green of "[severing] her right ureter during the surgery." Other doctors later removed 3 liters of urine from her abdomen.

Neither Green nor his attorneys would comment on any of his upset patients, but in his response to Thomas’ lawsuit Green denied responsibility for her complications. 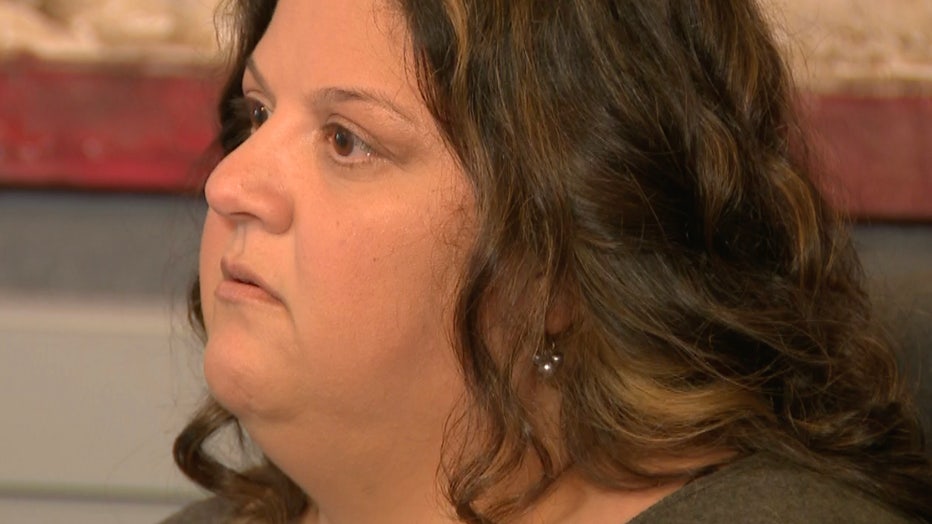 In her lawsuit, Karen Pinnix blames Dr. Green for cutting a piece of her bowel during surgery and not repairing the damage. It allowed feces to ooze into her abdomen. She was later in a medical coma for 10 days to repair the damage.

Another pending lawsuit involves 44-year-old Karen Pinnix. The Lilburn woman was in a medical coma for 10 days following her surgery to remove a mass from her pelvic area.

In her lawsuit, another doctor noted Green’s cut to Pinnix’ bowel allowed waste to leak into her abdomen.

She developed sepsis and kidney failure.

In a video deposition taken in February 2022, Green explained that many of his operations are complicated.

"When you’re in a complex operation, occasionally you cut something you don’t mean to," he said.

He insisted he didn’t notice the cut to Pinnix’ bowel before he closed her up and wasn’t certain he was responsible. 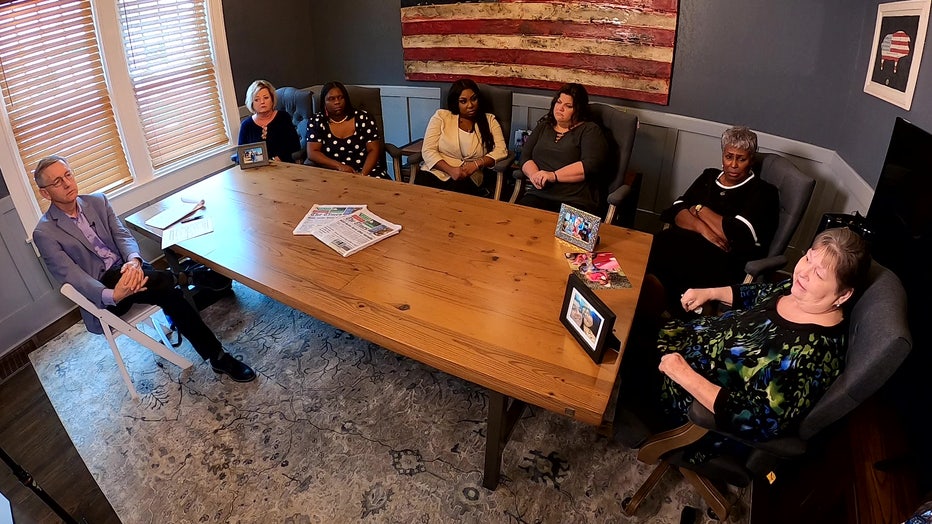 These six women were either treated by Dr. Green or are related to a family member who died. Two have filed lawsuits. A third won her case last year.

"This isn't a doctor who said, 'Oh I made a mistake. I'm so sorry,'" complained attorney Ken Lewis who represents some of the upset patients.

In a statement, the Northeast Georgia Health System called Green "a highly skilled and specialized surgeon" who has "extended or saved countless lives."

But Shirley Metcalf blames Green for her daughter’s death. "It was a horrible, horrible way for her to die," she said through tears. 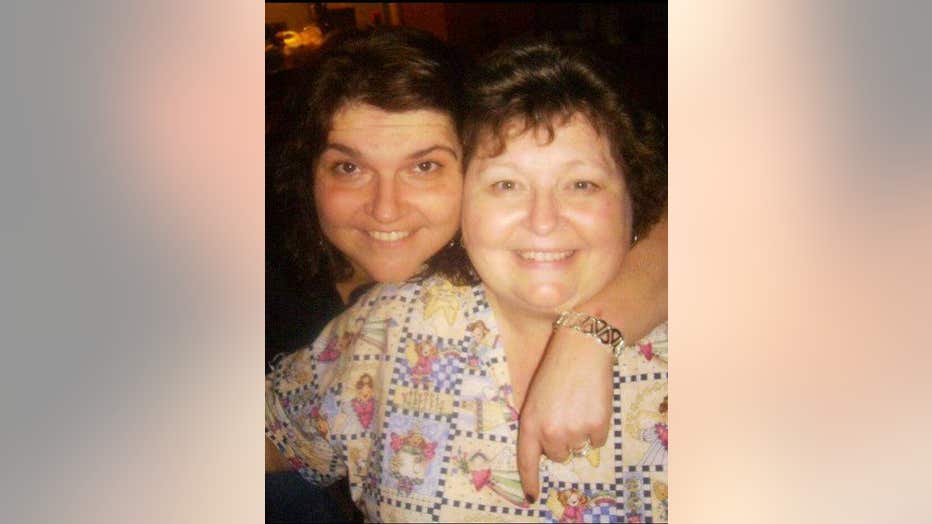 Suzie Mitchell (left) died after Dr. Green removed a growth from an ovary. Last year, her mother won a $3 million judgment in a medical malpractice case which will now have to be retried. (photo from Shirley Metcalf)

According to her lawsuit, Dr. Green perforated the small intestine of Suzie Mitchell, 43, then sent her home. Her mother said Mitchell was in "agony" for days and repeatedly called Green’s office to get help.

Metcalf found her daughter dead on the floor of her home.

An autopsy later revealed complications from that perforation led to her death.

"She was a good girl," her mother said. ‘She was my only girl. And I loved her. She didn’t deserve to die."

A Hall County jury agreed. One year ago this week, Mitchell’s family won that $3 million judgment. However, the latest appellate court ruling means the case will have to be retried.

Another former patient says she plans to file her own lawsuit soon.