HOSCHTON, Ga. - The recall election effort in Hoschton has now wound up at the Georgia Supreme Court.

Both the Mayor and Mayor Pro Tem have been embroiled in controversy after reported racially charged actions and words. And now a Jackson County Court ruling involving the recall effort has been appealed to the state’s highest court.

As Hoschton City Council candidates canvassed for votes on Election Day in the city, another election was not taking place.

In particular, Mayor Theresa Kenerly who reportedly back in May said Hoschton was not ready for a black city administrator and Mayor Pro Tem Jim Cleveland said he doesn’t believe in interracial marriage. That prompted many calls for their resignation and signature gathering for a recall election. Last month, a Jackson County judge ruled the second phase of gathering signatures could move forward, finding Kenerly and Cleveland did not fulfill their duty to establish an ethics board, among other things. FOX 5 News was unable to get a comment from Cleveland who did comment after the court ruling in Jackson County.

He did not contest the ruling but Mayor Kenerly did, taking the case to the Georgia Supreme Court. Now it’s up to the state’s highest court to affirm or deny the lower court ruling which found Kenerly violated her oath of office.

“There will have to be five justices agree to hear the case or the recall will go on and we’ve already collected enough signatures to have the recall vote,” said Butler.

Kenerly’s attorney did not return a call from Fox 5 News but the Mayor said this at a previous city council meeting.

“I do love Hoschton with all my heart and have for thirteen years and I’ll continue to do the best I can at this point,” said Kenerly.

Hoschton residents who spent weeks collecting the required signatures for the recall election are waiting on Georgia’s Supreme Court’s decision on the case to see if the election will happen.

“We’re doing just what we feel in our hearts is the right thing to do. To recall our mayor and city councilman,” said Kelly Winebarger.

As far as Tuesday’s election. Adam Ledbetter got 235 votes, Shantwon Astin 232  and incumbent Mindi Kiewert was ousted with 122 votes. 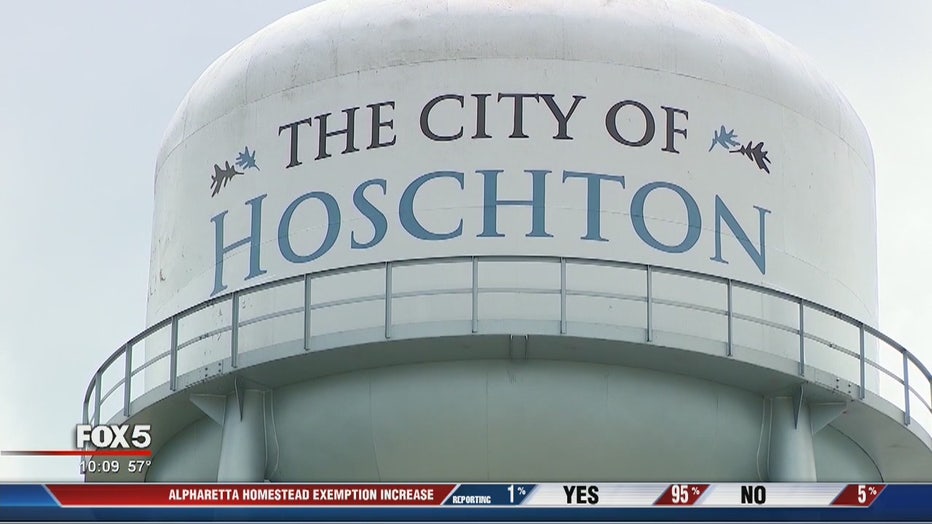