Atlanta’s Days of the Dead

Good Day's Paul Milliken spends the morning with an Oscar-nominee to preview a horror convention in Atlanta.

ATLANTA - From Jaws to The Exorcist to Halloween – some of the scariest movies of all-time will be represented at a horror convention in Downtown Atlanta this weekend.

Days of the Dead Atlanta will take over the Sheraton Atlanta Hotel from Friday, February 7th through Sunday, February 9th – bringing thousands of horror fans face-to-face with the icons they worship.  This year’s celebrity lineup is filled with Oscar nominees and film legends, including Academy Award Winner Richard Dreyfuss (Jaws and Close Encounters of the Third Kind), John Cusack (Better Off Dead, Say Anything), and Oscar-nominees Linda Blair (The Exorcist) and Kathleen Turner (Serial Mom).  The celebrities will sign autographs and many will offer photo-ops with fans – some, like Danielle Harris of the Halloween series and Tony Todd (Candyman), will pose in-costume.  Along with the celebrity appearances, Days of the Dead Atlanta features a vendor floor filled with movies, posters, and memorabilia. 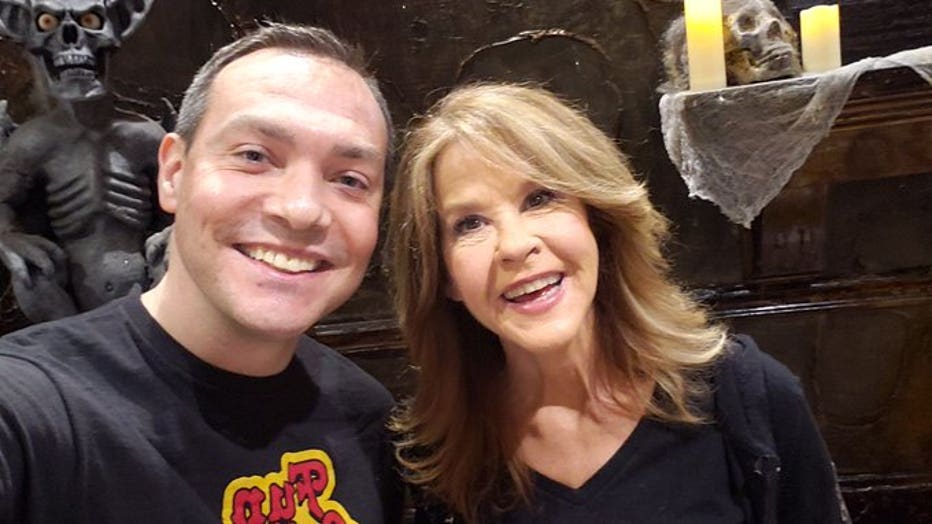 You already know that a certain handsome feature reporter is a horror movie superfan – and never misses a chance to interview his favorite genre stars.  So we spent the morning at the Sheraton Atlanta Hotel, catching up with a few of this year’s headliners and getting a jump-start on the shopping, too!