FORSYTH COUNTY, Ga. - A police chase with a speeding suspect ended with a car being towed out of Lake Lanier, officials say.

According to the Forsyth County Sheriff's Office, the pursuit began in the early morning hours of Oct. 2 when a deputy clocked a vehicle going 90 miles per hour in the northbound lanes of GA 400.

The deputy tried to stop the driver, but he fled, leading to a chase.

Dashcam footage released by the sheriff's office shows the 18-year-old driver swerving through lanes and heading onto the wrong side of the road into oncoming traffic. 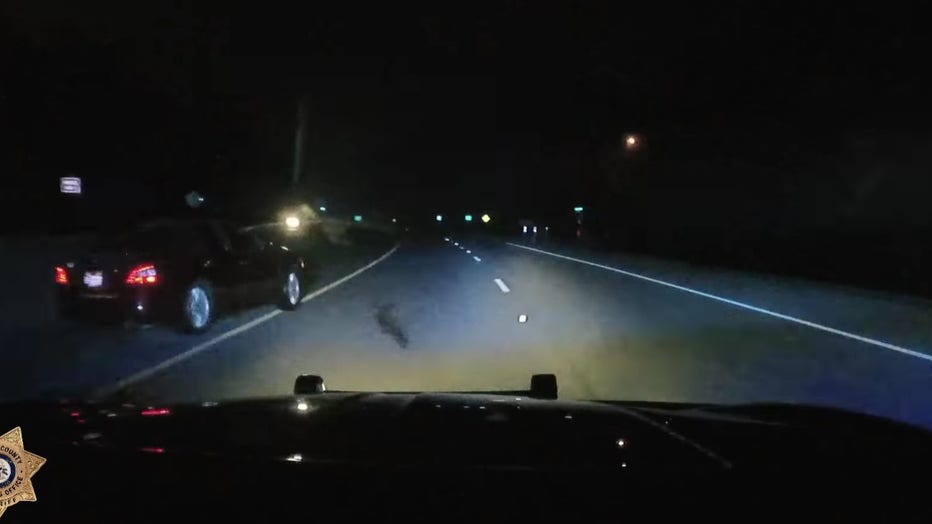 The driver eventually exited the highway onto Bald Ridge Marina Road, breaking through a barrier at the Marina.

Trapped at the Marina, officials say the driver and passenger both jumped out of the car while it was still rolling. The car ended up hitting another vehicle before sinking into Lake Lanier.

The car eventually had to be towed out of the lake. Deputies later learned it was borrowed from a friend of the suspects.