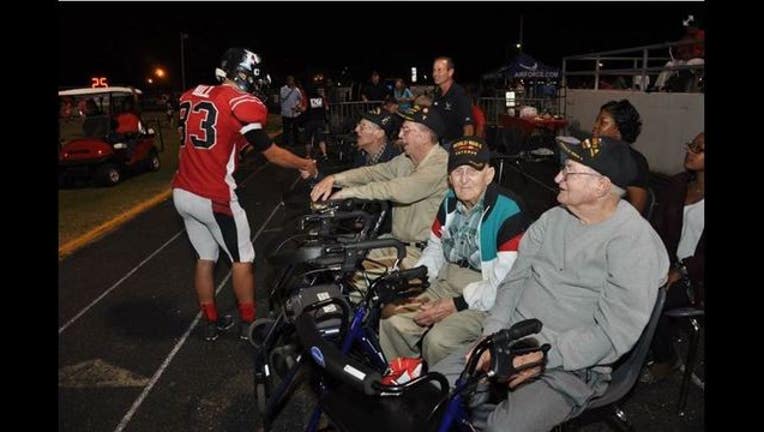 (FOX News)- A Louisiana high school football player shocked spectators during the middle of a game when he turned away from a team huddle to thank World War II veterans who were assembled on the sideline.

Chase Hill, a junior at Parkway High School in Bossier City, greeted the group, which consisted of six men from the U.S. Army, U.S. Air Force and U.S. Navy, and one female veteran who served in the Women in the Air Force. They were seated on the sideline as the football team's honored guests.

Bossier Parish Lt. Bill Davis, a Navy vet himself, snapped a few photos of the incredible moment, which have quickly gone viral.

On "Fox and Friends Weekend," Hill explained that he was raised to show respect and gratitude to veterans and never pass one by without shaking his or her hand.