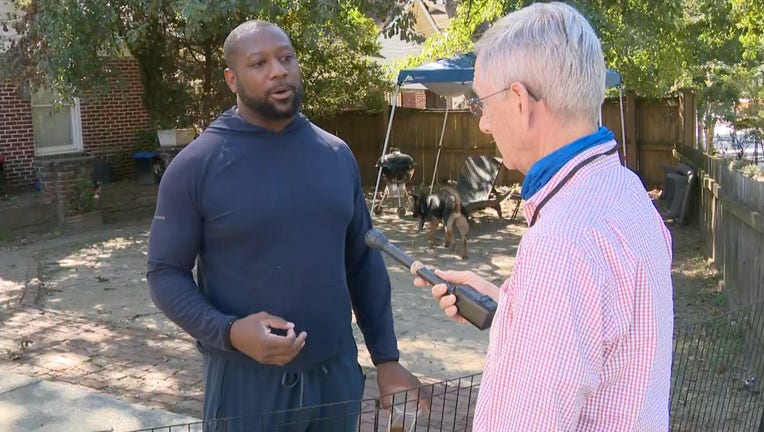 Erasmus Harvey owns a junior college football program that took money from students, then canceled the season before it started.

ATLANTA - Dozens of young men looking for a second chance to play college football wound up instead learning a painful and expensive lesson: be careful who you trust.

Instead of improving their grades or getting game experience to qualify for a Division 1 program, students who attended the Atlanta Institute of Business are out an estimated $1500 each without playing a single game.

They blame school owner Erasmus Harvey for pocketing their money. And a FOX 5 I-Team investigation uncovered evidence their concerns are legitimate.

"He basically just said forget us," complained 21-year-old Travonte Jackson. "And the season didn’t even start yet."

Dozens of young men looking for a second chance to play college football wound up instead learning a painful and expensive lesson of being careful who you trust.

AIB is not your traditional post-secondary school. Created in 2020, high school graduates enroll at an unrelated out-of-state school, paying separately for online college classes. They play football for AIB’s team, the Atlanta Lancers.

For a $1500 downpayment, students would get fed twice a day, housed in a hotel near the practice fields, and have plenty of opportunities to get game film to show prospective schools.

The school website even promised parents their sons would play home games at Silverbacks Park near Doraville and have their own practice field in Sandy Springs.

But when players reported to camp on Aug. 1, they discovered their practice field was a basketball court.

Silverbacks management told the FOX 5 I-Team Erasmus Harvey paid a total of $1100 to book the stadium three times when parents visited over the winter and spring, but he never reserved the field for the actual season. 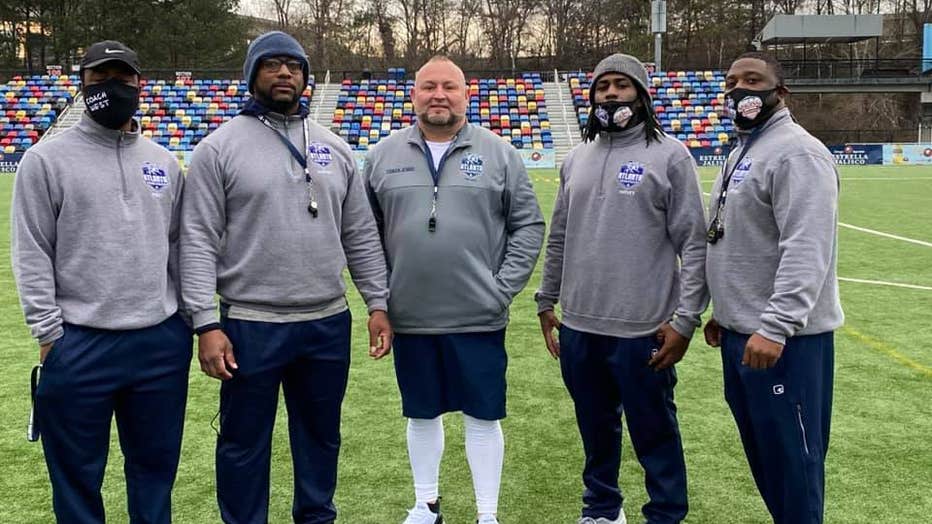 "It seemed like it was moving in the right direction," he remembered. "And then the bottom fell out."

After just one week of practice, Jenks caught COVID and quickly isolated himself.

A few days later his players discovered their room keys wouldn’t work. The hotel told us Harvey failed to pay the bill. 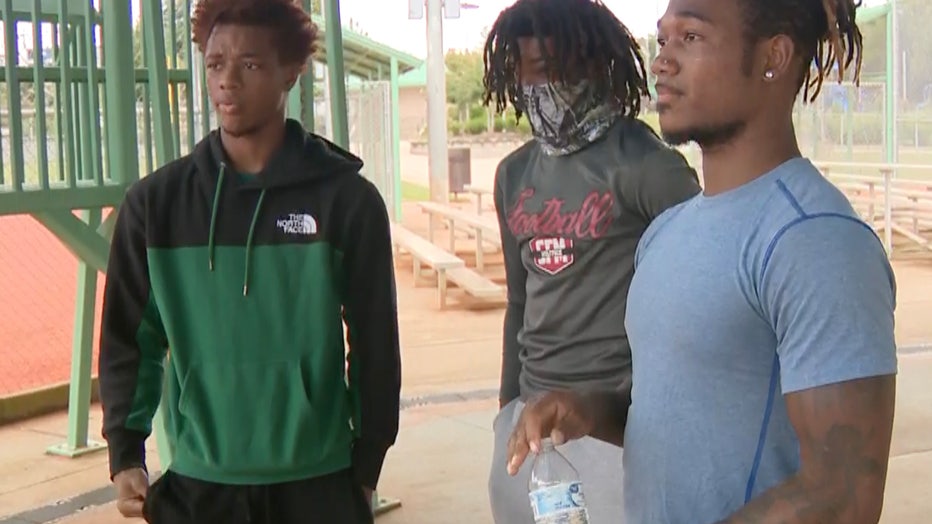 Jawoun Collins (L), Dre Huffman (C) and Travonte Jackson each paid $1500 for a second chance at a college football career.

Everyone had to go home before the season even started. No games. No school. And so far… no refunds.

So what happened to their money?

"I didn’t leave anyone hanging," Harvey told the FOX 5 I-Team. "I run a business."

He said all of the students’ money went to pay for hotel rooms and other school expenses those first two weeks. Harvey insisted he has no money left to offer refunds. 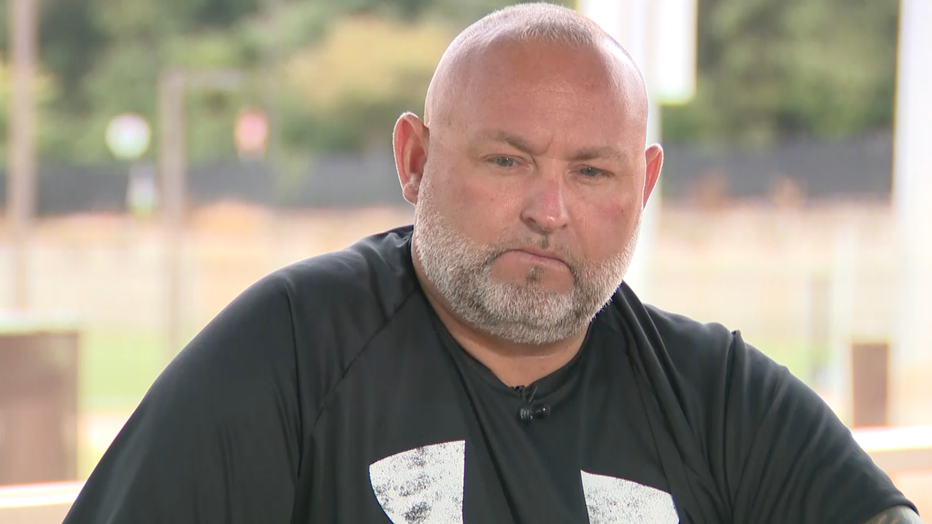 But Harvey likely forgot he had added his head coach to the school email account. And when Coach Jenks searched through the Sent Items, he found three months of school bank statements.

The statements show Erasmus Harvey spent $30,000 on questionable purchases in an 11-week period between June and August. Those include:

We tried getting a straight answer from Harvey about his spending habits.

I-Team: "This was all money spent from the school."

I-Team: "The school spent this money on liquor stores—"

I-Team: "I eat dinner with my money, not the company’s money."

Harvey: "I am the company."

I-Team: "So you think it can all be mixed together."

But it’s not. Harvey eventually showed us debit cards for other bank accounts he has in his name, but couldn’t explain all that personal spending with school money.

"I was appalled when I seen it," remembered Jenks who said he had no access to the funds. "And when that happened, that’s when I knew… I felt in my heart we were all scammed." 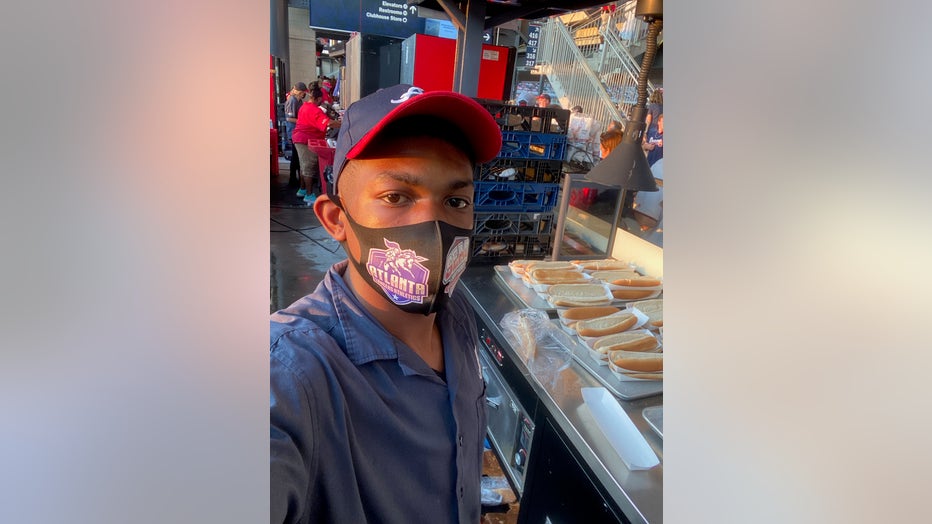 Students also had to work for a temp agency that provided staffing for Braves games. Records show they earned more than $11,000. All of it went into the school bank account controlled by Harvey. The students got none of the money.

Making it worse, Harvey required many players to participate in a work/study program. They were assigned to help a concessionaire at several Atlanta Braves games.

For their efforts, the students earned $11,361.40. That exact amount was deposited into the school bank account on Aug. 12. But the players never saw that money.

Harvey told us he spent the work/study money to cover additional school expenses. He promised to provide receipts but never did.

"I just cannot understand how somebody could do this you know?" said Angelia Blackman. Her son Caleb worked three of those Braves games.

Blackman paid Harvey $4000 to cover the entire semester. Harvey has promised to refund half that but says he doesn’t currently have the money. She said he owes her the entire amount.

But in our interview, Harvey tried to paint himself as the good guy, helping kids down on their luck to get that precious second chance at a football future.

"I lost $7000 on the business this year paying for other peoples’ problems and fees because I help people for a living," Harvey insisted. "That’s what I do."

One thing is certain. He’s certainly helping himself to their money.