He peddled pot-laced snacks to kids. Now he says your laws don’t apply to him

The 21-year-old Fairburn man is back in jail in Douglas County, this time on a bench warrant for missing a court date. How he got there is a tale of missed warnings and failed opportunities. 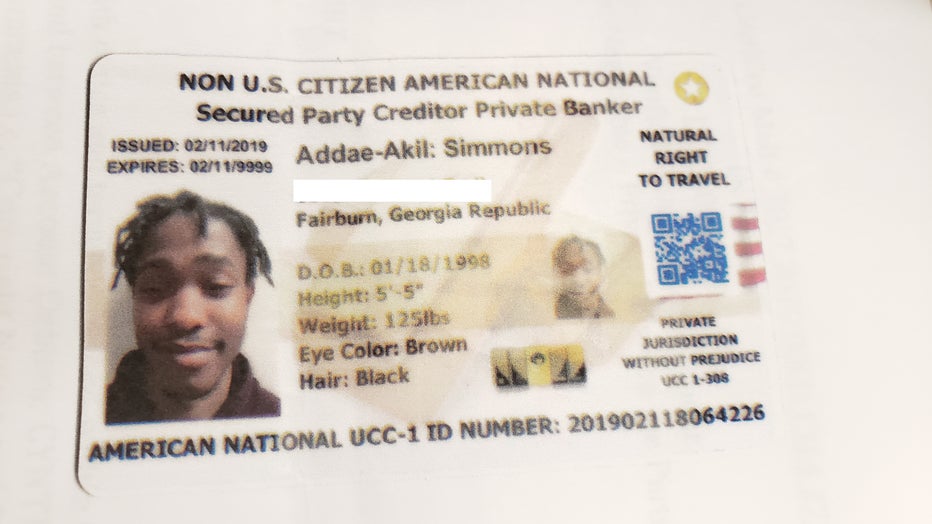 The ID card Simmons submitted in one of his many court filings.

In late 2017, the FOX 5 I-Team began investigating complaints about an online pot edible snack service called Trill Treats. Simmons ran the business out of the home he shared with his parents. He advertised on Instagram where he had 4100 followers, listing the high schools he marketed to and the weekly specials he had to offer. The cost: $100 for a tray of 12 snacks, plus a $5 delivery fee.

Investigators would later testify that Simmons' own records listed the network of people delivering pot-laced snacks directly to those schools during school hours. His ledgers, they said, showed Trill Treats turning a $5000 monthly profit. 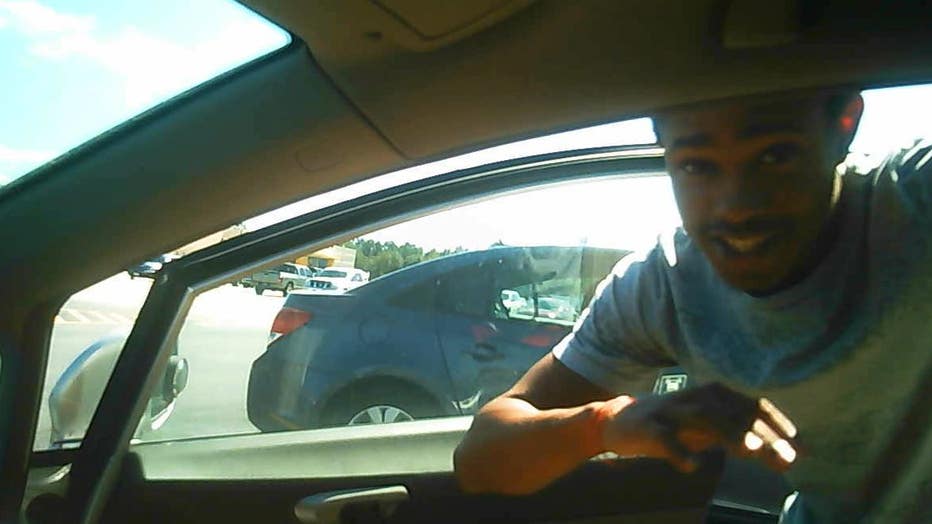 The FOX 5 I-Team bought a box of Trill Treats products from Simmons, got them tested and then had the lab turn them over to police.

Our investigation started after parents alerted us, horrified to learn after the fact that Trill Treats appeared at a Sweet 16 birthday party. One of the girls ate too much and had to be hospitalized.

"You out here trying to make a dollar and you could have took my child's life," complained one parent. "And it would have taken everything I had not to take his."

An undercover FOX 5 producer bought a tray of snacks from Simmons in a Douglasville parking lot. We had them tested and then turned them over to law enforcement.

Douglasville police would do their own undercover buys -- two of them -- before arresting Simmons in December, 2017.

He would go on to get a pretty good deal from a Fulton County judge. Prosecutors wanted him in prison for 10 years for running his marijuana edible business out of that Fairburn home.    Instead, after pleading guilty, the judge gave Simmons a year of weekends in the Fulton County jail.

"I feel you're not lost yet and that you have great potential for rehabilitation," judge Melynee Leftridge told Simmons in March, 2018.

But he still had to deal with those felony drug trafficking charges in Douglas County.

In February of this year, after Douglas County Superior Court judge Cynthia Adams rejected all pre-trial motions to have the case thrown out, Simmons parents asked their defense attorney to try a different strategy. According to her motion to withdraw as counsel, attorney Tawanna Morgan wrote that she could not endorse a "sovereign immunity" defense.

"I strongly urge you to reconsider," she wrote Simmons, warning about the possibility of "a warrant being issued for your arrest, if you are to miss court."

Since then, Simmons has filed more than 100 pages of confusing documents, with titles like "notice of preauthorized use of credit" and "notice of rogatory appointment for the public record." He's used a fingerprint on stamps and created his own gold seal. 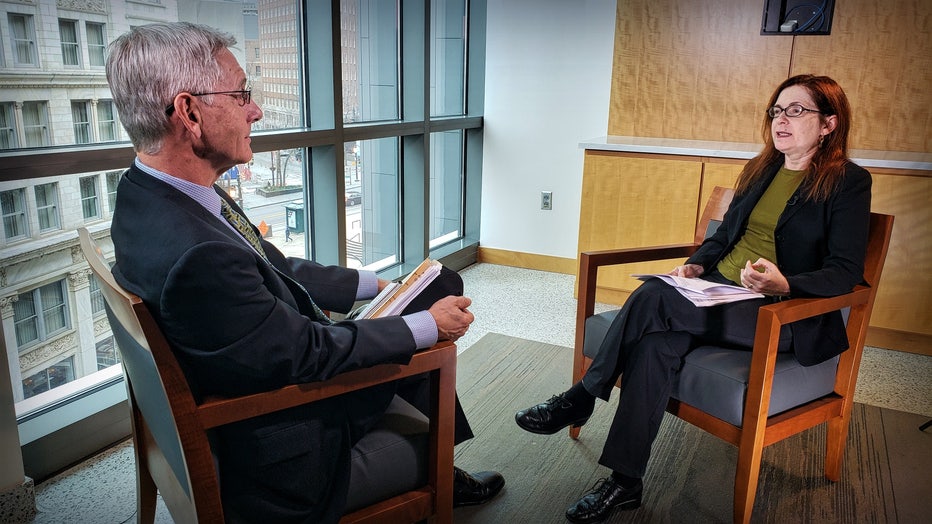 Sovereign citizens generally do not believe the laws of this country apply to them. We took some of Simmons' filings to Georgia State University College of Law professor Caren Morrison.

"This document here... I think the legal term is nuts," she said. 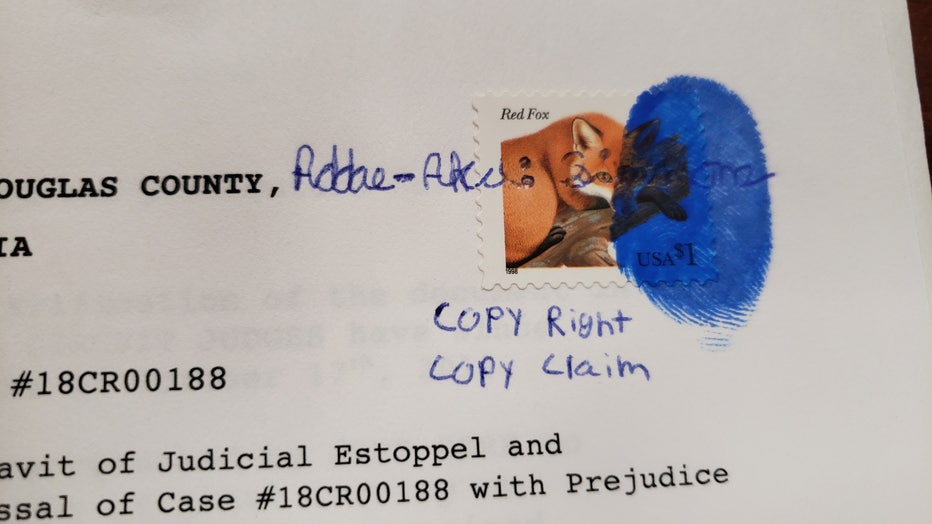 Simmons mailed one of his documents with a fingerprint over the stamp, a strange but popular method among sovereign citizens.

Morrison teaches criminal procedure and evidence. As an assistant US Attorney in Brooklyn, she once successfully prosecuted a tax evader who claimed to be a sovereign citizen. She said an estimated 300,000 people have used or supported this strategy, which law enforcement calls paper terrorism. It's clearly paper harassment. Simmons even filed a motion warning the trial judge she was in "breach" of copyright law.

This document here... I think the legal term is 'nuts.'

Morrison said no sovereign citizen defense has ever succeeded in a courtroom. They always plead guilty or are found guilty she says. So if it never works, why commit the act of paper harassment in the first place?

The FOX 5 I-Team emailed Addae's parents for a comment. Instead, they sent an invoice billing us $500,000 for something called "unauthorized use fees."

We won't be paying that. 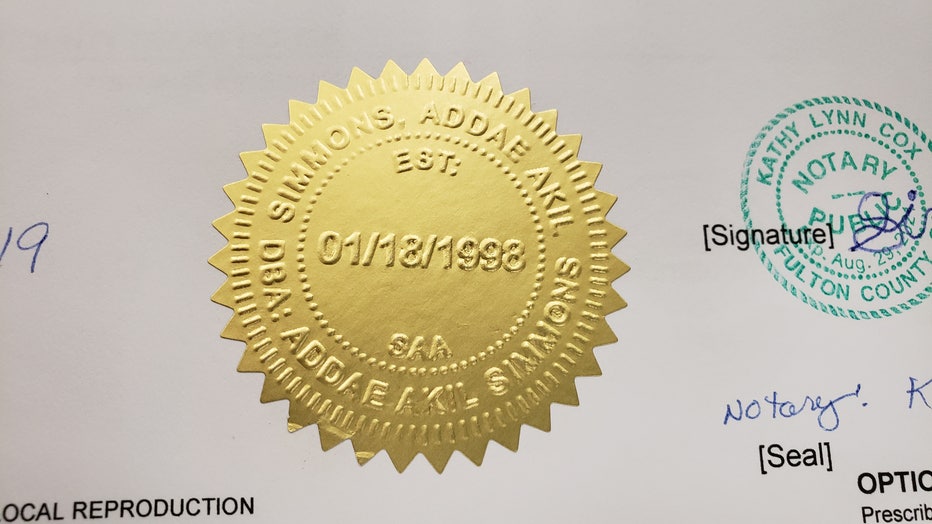 Simmons created his own gold seal that he affixed to some of the documents he mailed to his trial judge.

All Douglas County judges have since recused themselves after "the defendant engaged in certain illegal activities," according to a motion to revoke Simmons' bond. The Attorney General's office confirmed it's investigating "the forging of a judge’s signature."

And just like his former attorney warned, Simmons currently sits in the Douglas County jail on a bench warrant for missing a court date. A senior judge from Cobb County has agreed to preside over the case. The next court date isn't until March. Simmons will remain in custody at least until then. 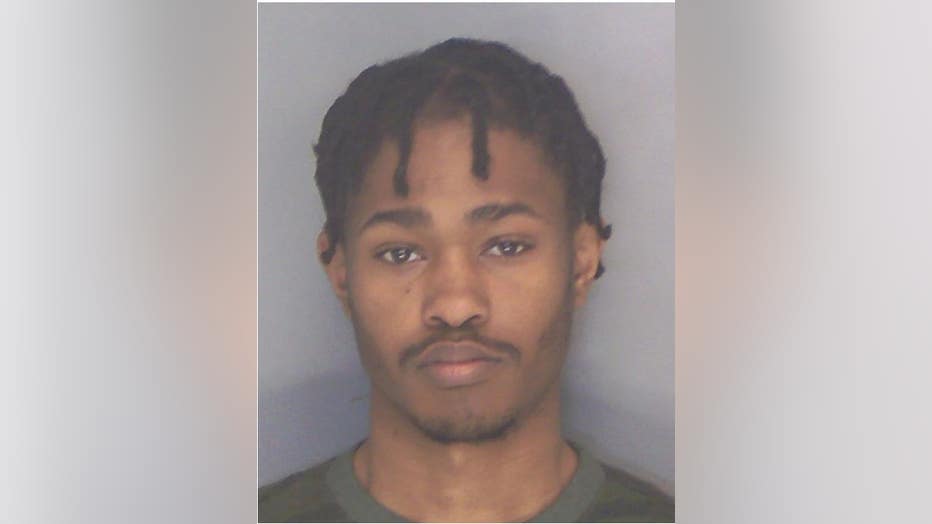 Simmons missed a court date last month and will likely remain in jail until at least March.

"This is not a winning strategy and I feel bad because they're being goaded into doing this," GSU's Morrison lamented. "I think that's all horrible advice and will only lead to him being in prison for longer. And it's just a shame."