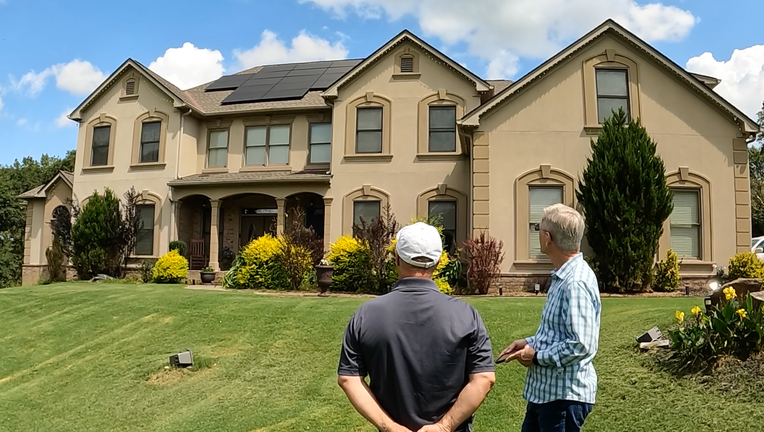 Daniel Stancea has an $82,000 rooftop solar system that doesn't work and the company who sold it to him won't fix it.

AUBURN, Ga. - Thousands of rooftop solar customers find themselves caught in the middle of a legal dispute over why their expensive power system isn’t working.

The blame game involves one of the country’s biggest installers of home solar energy and the company that provides key equipment.

On one side is Pink Energy, the North Carolina-based marketer and installer currently operating in 16 states including Georgia. Around since 2015, they advertise heavily online and send sales reps to prospective customer homes.

On the other is Generac, a longtime generator manufacturer that now provides some of the key components for the growing industry of rooftop solar.

He paid them $82,000 for a rooftop solar system that doesn't work

The blame game involves one of the country’s biggest installers of home solar energy and the company that provides key equipment.

"I didn’t do a deal with Generac," he said. "I did a deal with (Pink Energy) and I expect them to do the job."

That deal did not come cheap. 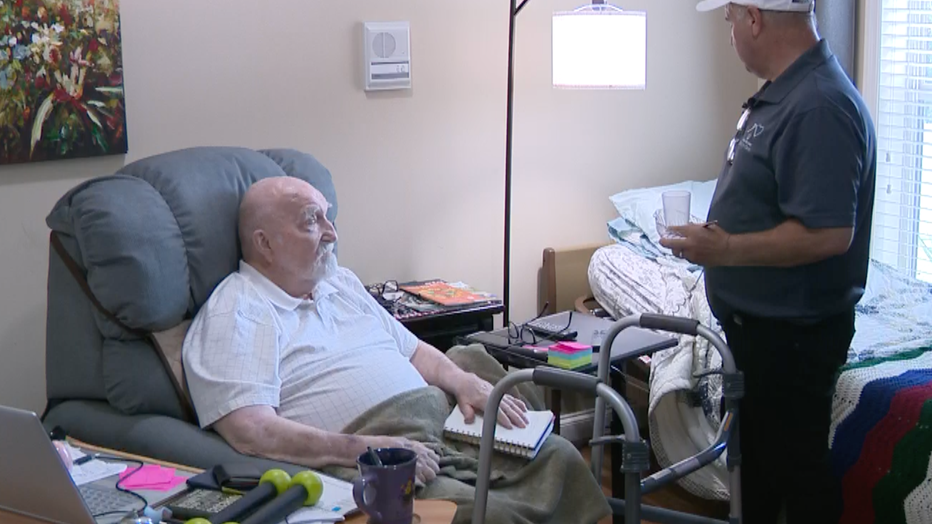 Daniel Stancea counted on solar as a backup power source for the few times his electricity goes out each year. He worries his four personal care home patients will be without power for their beds, oxygen or to keep the refrigerator running.

Hoping to provide uninterrupted power for four elderly residents at the Dee Kennedy Senior Center he operates on the ground floor of his home, Stancea agreed last year to pay Pink Energy $82,203. That included 27 solar panels and three Generac batteries.

The system worked until March. Pink Energy swapped out some equipment. But since May, Stancea says error codes on the main Generac panel never disappear. He’s getting only a tiny drip of sunshine to power his home in addition to Jackson EMC.

"When the power goes down and I don’t have electricity for the residents, I’m scrambling," Stancea explained. "[Pink Energy] kept saying they’re sorry and they apologize. They’re very apologetic but they’re not doing anything about it."

They’re not doing anything because Pink Energy decided the problems are not their fault.

"We feel misled," founder and CEO Jayson Waller said in a recent news conference. "The customers were obviously misled." 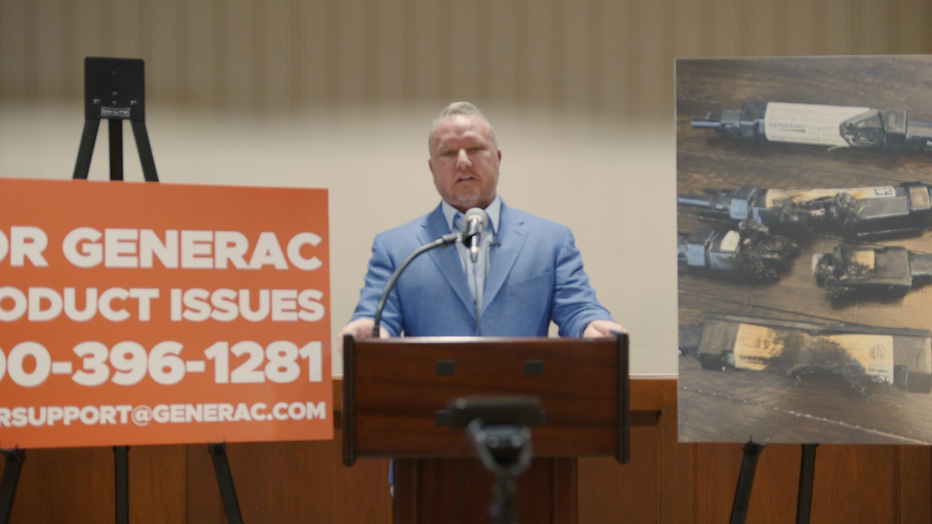 Pink Energy Founder/CEO Jayson Waller blames most of his recent customer complaints on what he calls faulty parts from a big supplier.

Pink Energy is suing Generac in federal court, accusing the manufacturer of shipping defective equipment called SNAP-RS and then misleading Pink Energy about a guaranteed fix. The SNAP-RS is a small device designed to quickly shut down a solar panel if there’s a problem.

"In many cases the faulty equipment melted and in a few cases it caught fire," said Waller. "These faulty parts caused the solar panels to not produce the energy they were expecting to generate causing those customer complaints and our sales team overpromising and underdelivering."

Waller blamed Generac for thousands of upset customers, the loss of their A-plus Better Business Bureau rating and forcing him to lay off 600 employees.

Pink Energy believes Generac should fix those broken systems, not them.

"Had we known early on, we never would have continued to install Generac’s equipment," Waller said. 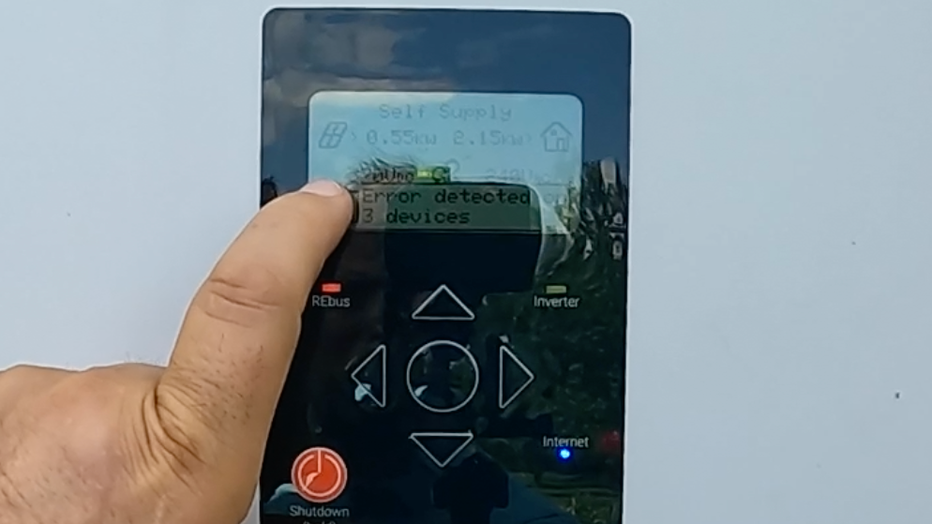 In a statement to the FOX 5 I-Team, Generac said the errors happened "when product installation guidelines have not been followed" by Pink Energy contractors.

The company said it now has a new rapid shutdown device but "it is unfortunate Pink Energy… has made the unilateral decision to quit offering Generac warranty support despite the availability of parts."

Waller fired back. He said the company had 20,000 happy customers before signing a deal to use Generac parts. Since then, he said complaints have jumped dramatically.

"I’m worried about our customers," he said. "They’re the victim here. I want them to take responsibility. Do a national recall. Don’t charge our customers to fix their product failures."

But is that the real source of Pink Energy’s customer issues? 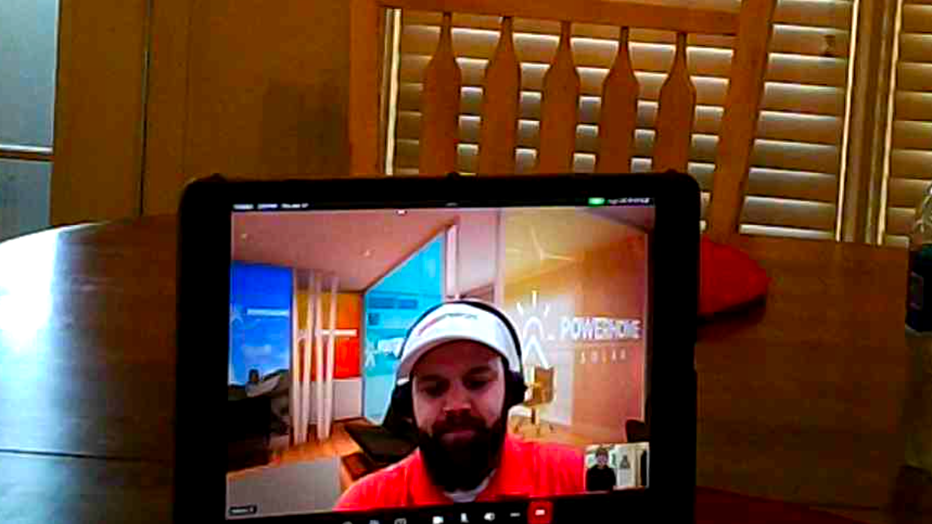 During a video sales pitch to a FOX 5 I-Team producer, this Pink Energy sales manager promised we'd "eliminate a lifelong utility bill" if we bought his system. Pink Energy said that promise was wrong and said he was quickly fired. But other PE custo

As part of his pitch, one of their sales managers stressed that solar energy would completely replace our monthly power bill.

"These are expensive systems," the manager explained. "A lot of people think they’re 5-10 grand. But really we’re eliminating a lifelong utility bill."

Customers said they got the same promise, only to discover they had committed to a 20-year solar loan and no dramatic drop in their utility bill.

Generac told the FOX 5 I-Team "we believe Pink Energy may be hoping to distract customers from the many complaints… regarding poor installation… dubious marketing claims and sales tactics."

Pink Energy insists they’re only trying to protect their customers. The BBB has since restored the company’s A+ rating.

Personal care home owner Stancea said during the few months his system did work well it only cut his power bill by about half.

But that’s on top of the $323 loan payment he’s making each month — scheduled to rise higher next year — for a solar system that he said is not worth spending $82,000 even when all the parts are working.

"Absolutely not," he stressed. "I was hoping for 75 percent or more."

Generac is encouraging customers with problems to contact them at 800-396-1281 or email solarsupport@generac.com