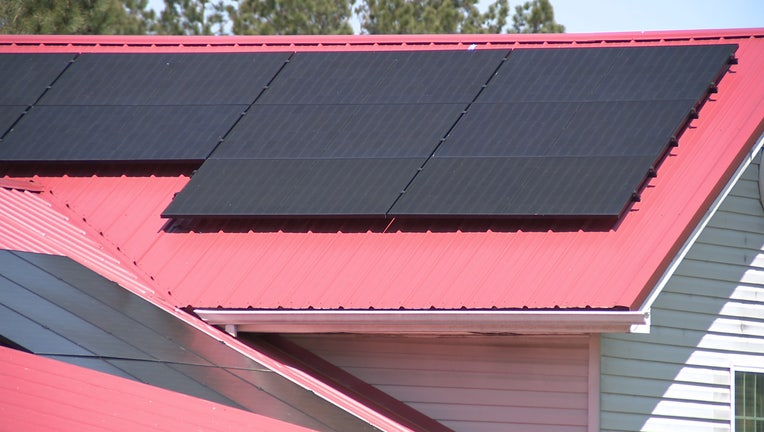 DOUGLASVILLE, Ga - A hidden camera FOX 5 I-Team investigation takes the shine off some big promises made to Georgia homeowners about solar power.

With rising energy prices, you may be paying closer attention to those ubiquitous ads on social media:

"The government will cover the cost to install solar."

"Reduce or even eliminate your electric bill by using solar energy." 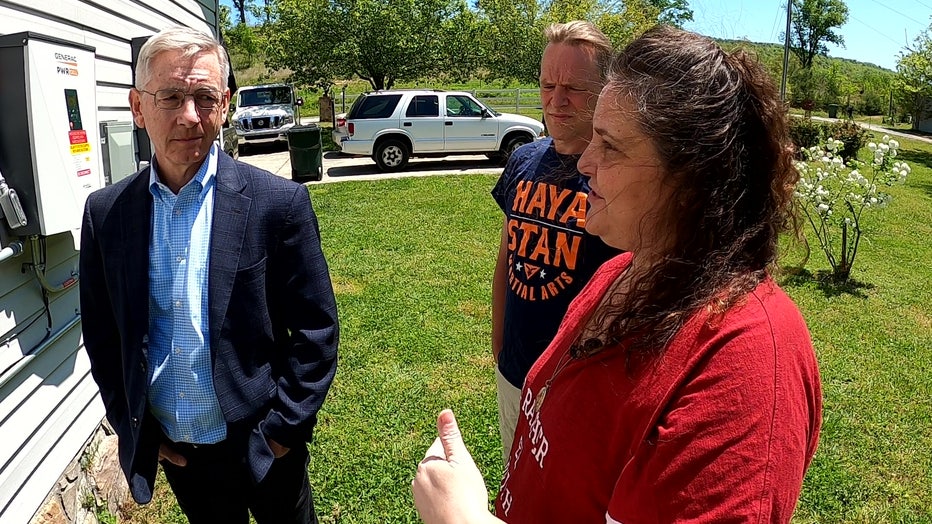 "I never would have thought somebody would just lie to you like that." Amie and Nathan Tatro say their sales rep painted an unrealistic picture of home solar.

Amie and Nathan Tatro of Lafayette saw the same ads. So they signed a contract with Power Home Solar -- now Pink Energy --  to outfit their home with solar panels, a deal that cost $91,000 with monthly installments over 25 years.

"It’s not turned out to be what was promised," Amie admitted. "Almost everything he said turned out not to be true."

A hidden camera FOX 5 I-Team investigation takes the shine off some big promises made to Georgia homeowners about solar power.

Like how they would be able to sell extra solar power back to their utility, thus giving them a negative electric bill.

But that hasn't happened. And their North Georgia EMC bills have barely budged.

"If I had known all this, I never would have made this decision," said Amie. "I would have just stayed with my regular old power company." 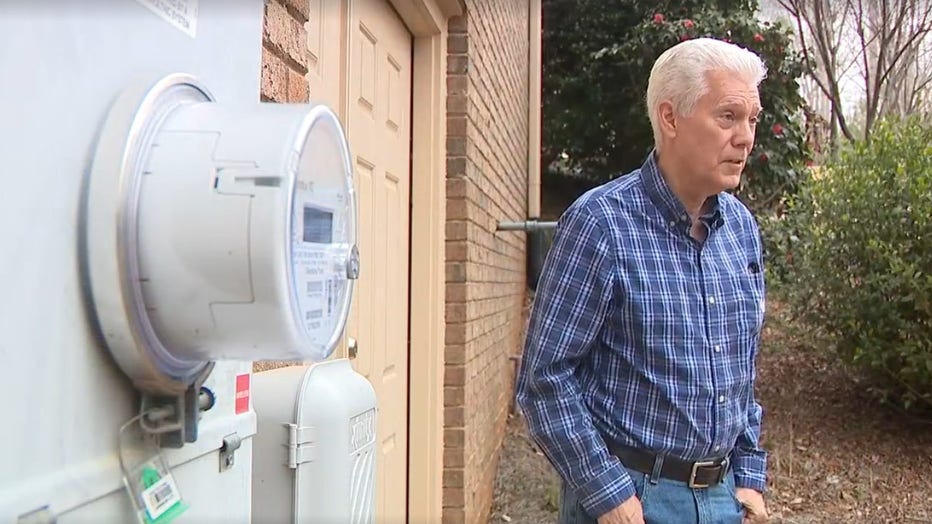 When his solar company failed to pull a building permit, Rod Colver was left with a system that not only didn't work, he still got monthly bills from the finance company.

Rod Colver of Douglasville agreed to pay Solar Titan USA $43,000 to outfit his home, with the promise to give him backup power and reduce his electric bill.

We’ll never know. According to a letter from the Douglas County building inspector, Solar Titan USA failed to pull a building permit to do the work.

Without that permit, Colver, 69, can’t hook up the system to the grid.

"It’s a worthless system," he complained. "It’s never going to be running. And they want me to pay for it."

Solar Titan USA is based in Knoxville, TN. A spokesman told the FOX 5 I-Team they did pull an electrical permit, but the installer didn't know Douglas County required a building permit, too. They've called Colver to reach a resolution.

He wants the system removed.

Could each customer have misunderstood the sales promises?

Solar power is a legitimate option for curious homeowners eager to fight back against rising energy prices. But many don’t know the right questions to ask.

We did. But listen to the answers we got. 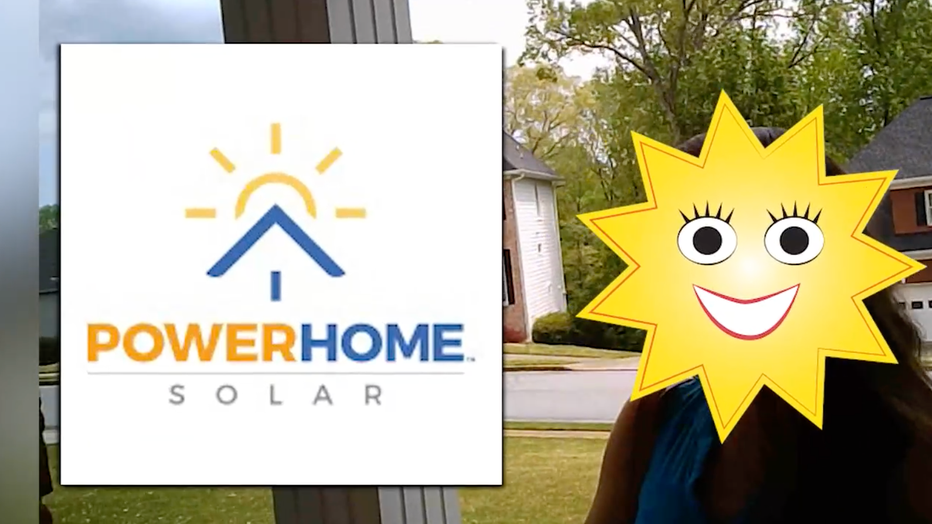 Power Home Solar -- now Pink Energy -- used sales reps who either didn't understand what they were selling or lied about important features.

The FOX 5 I-Team outfitted a home with hidden cameras and asked each solar power company to come by for an estimate.

Power Home Solar sent a young woman who had nothing but happy things to say about her employer and the home solar movement.

"I’ve never worked anywhere where everyone’s so happy," she confided.

She walked around the house checking the location of the breaker box and measuring the depth of our attic insulation.

But when it came time for the hard sell, she brought out a tablet and connected us virtually to Andrew, her senior account manager based in Pittsburgh, PA.

"These are expensive systems," Andrew warned us. "A lot of people think they’re 5-10 grand. But really we’re eliminating a lifelong utility bill."

That's right. He said eliminate. To do that, Andrew quoted us $69,999, later guaranteeing a 67% reduction in our power bill.

"Worst case scenario you’ll have 23% of your bill left," he calculated. "But that will probably be in the winter when we’re not producing as much."

We had two local companies design solar systems for the same house, Creative Solar USA and Alternative Energy Southeast. Because of shade and the roof design, neither said a solar system could reduce our utility bill by 67 percent. Not even by 50 percent. But the cost of their systems was drastically lower than Power Home Solar’s price.

"That's why it's good to get a number of quotes," cautioned Creative Solar USA founder Russell Seifert. "To compare. And then the truth serum comes out."

Andrew also wrongly promised that we’d get full credit for every unused solar kilowatt we send to our electric company. It’s called net metering and can reduce your electric bill dramatically.

"You’ll get bills in the summer more than likely will say negative balances because in the summer we produce a lot more electric than we actually need," he assured us.

But Walton EMC -- the utility that services our hidden camera home -- doesn’t offer net metering. Only Georgia Power does, but it has a limit of 5000 homes that has already been reached.

Power Home Solar said it fired Andrew because what he told us "did not act in accordance with our sales guidelines and trainings or our ethics policy."

They also agreed to cancel Amie and Nathan's contract and take down their system in LaFayette, again citing a "rather significant miscommunication" by their sales rep. 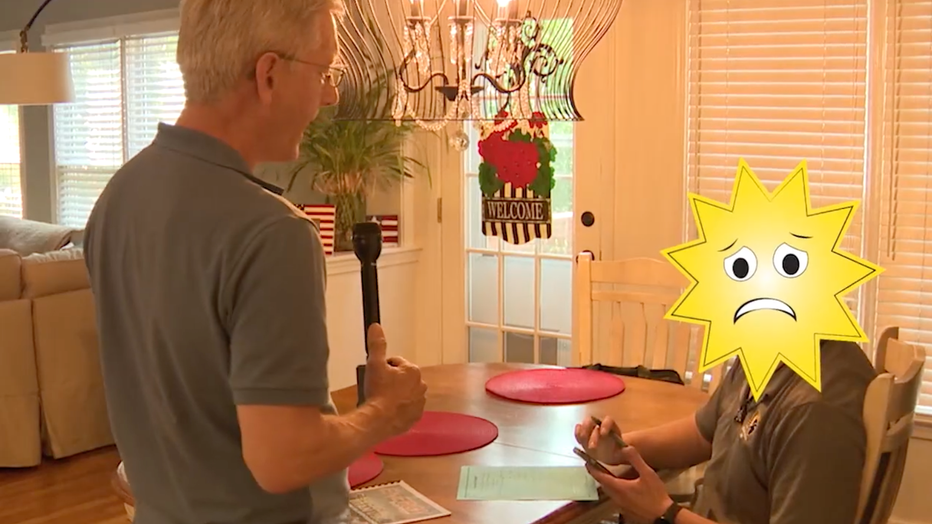 The Solar Titan USA sales rep told our producer his system would mean she'd no longer have to pay for power. The company agreed he should not have said that.

The sales rep for Solar Titan USA told us the best deal for our house would cost $57,900. That would mean a monthly payment of $345 for 20 years.

That's more than the homeowner is paying Walton EMC right now. We asked if we'd still be paying for power.

"No, so what this is right here this will take care of all your usage," the Solar Titan USA sales rep said. "So this would be about 100 percent of your usage right now."

In a written statement, Solar Titan USA spokesman Dan Cologne said "we have a zero tolerance for customers being told that they won’t have a bill. The sales rep you met with was very new and we have dealt with the concerns brought to our attention."

Solar Titan USA also said that they have "had a lot of growing pains" but the company is "committed to taking care of our customers and getting all projects complete."