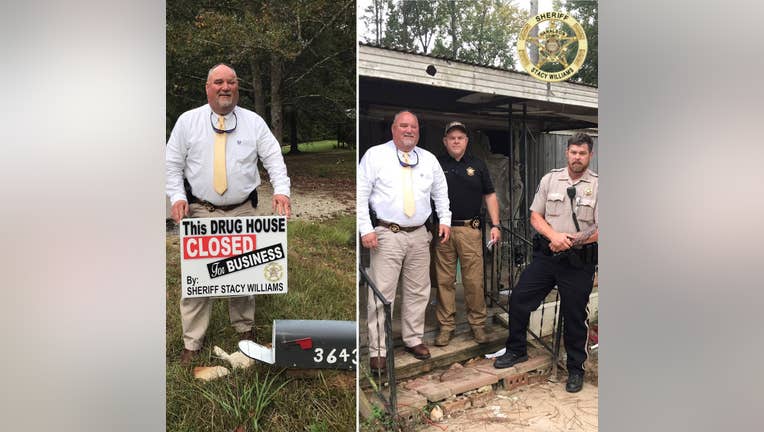 HARALSON COUNTY, Ga. - The Haralson County Sheriff's Office has taken over a home that officials say was the source of major drug activity in the last few months.

Officials say the in the last half of a year, the home on Coppermine Road has seen over five overdoses and one death connected to drugs.

Working through civil forfeiture laws, the sheriff's office worked with the owner to turn the house over to them. On Thursday, the house was officially awarded to the department.

"My stance against illegal drugs has been clear from day one. We will continue to investigate drug houses and make the arrests to protect our communities. In serious cases like this, we will seize houses and property to make our neighborhoods safe for our children.", Haralson County Sheriff Stacy Williams said.

Williams shared a photo of the house with a sign in front saying "This drug house closed for business."