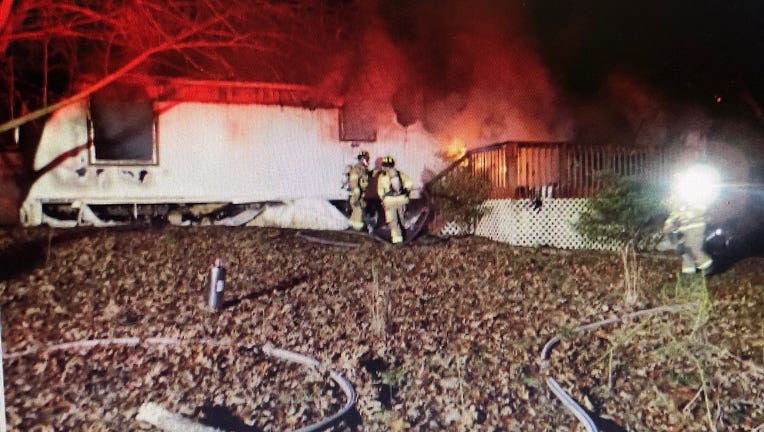 It happened in the 6200 block of Malibu Ridge just after 6:40 p.m. Hall County Fire Services said most of the structure was on fire when firefighters arrived. Firefighters had to fight the blaze from outside.

Initial reports indicated someone was inside, but after firefighters were able to perform a search, the home was vacant with no one living there.

No one was injured by the blaze.

The cause of the fire remained under investigation Thursday night.