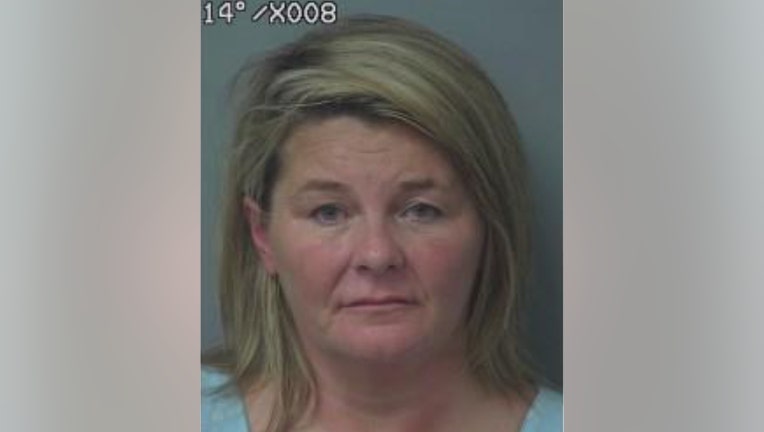 Police said Wendy Sharp intentionally caused a car accident and attempting to injure her passenger by swerving out of the lane and crashing into a tree. (Photo: FOX 5 Atlanta)

GWINNETT COUNTY, Ga. - Deputies in Gwinnett County said they arrested a woman accused of intentionally crashing her car into a tree, injuring and eventually killing the passenger in her car.

Deputies said, on May 10, Sharp attempted to injure a passenger in her car while she was driving by swerving out of the lane and crashing into a tree.

The passenger died on July 27, according to the Gwinnett County Sheriff's Office.