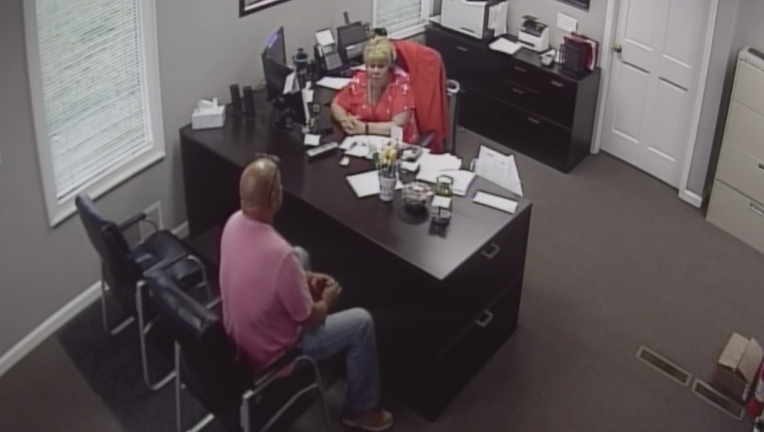 The April 8, 2019 security video of Keybo Taylor is now part of two civil cases and a GBI investigation. (screenshot from Anytime Bonding)

LAWRENCEVILLE, Ga. - Gwinnett County Sheriff Keybo Taylor insisted he did nothing wrong when he warned a bonding company he would shut down those in the industry who did not support his candidacy.

The conversation took place April 8, 2019, at Anytime Bonding on Buford Drive near the Gwinnett County Detention Center. This was nearly a year before Taylor officially filed to run for sheriff.

"If folks don’t support me, I’m not going to let them bond here. I mean, I’m just not going to do it," he told Anytime bonding manager JoAnna Petropoulos.

The 25-second recording was made by a security camera inside the office. 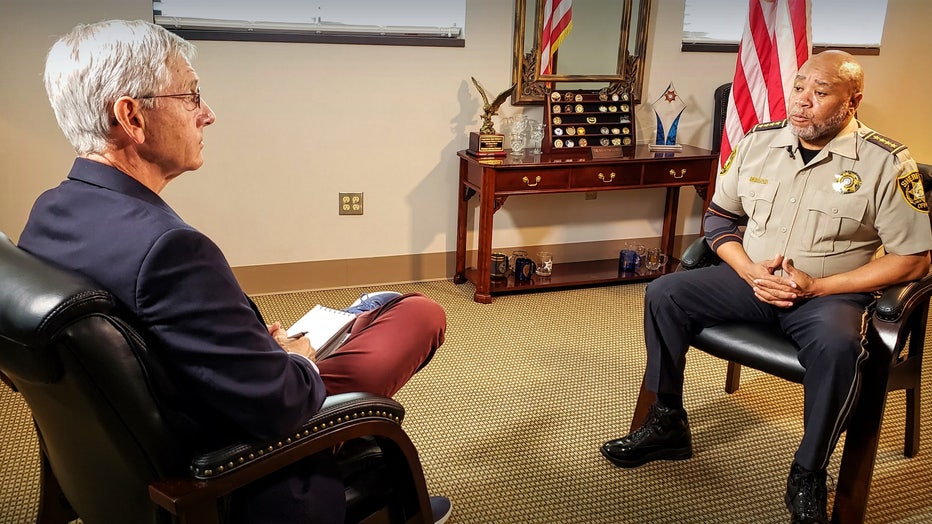 Gwinnett County Sheriff Keybo Taylor says support doesn't mean money. Regardless, he told a bonding company manager he would take away their license if he didn't get their support. And he ultimately did.

Taylor said he had dropped by Anytime that day without an appointment— one of several bonding companies he was visiting — and stressed he was not asking for a campaign donation to stay in business.

"I could see what would be problematic if I was in there asking them, hey, give me money or I don’t let you write bonds here," Taylor told the FOX 5 I-Team.

We pointed out that he used the word "support."

"But I also made it quite clear that I didn’t ask for money," Taylor said.

Gwinnett County Sheriff Keybo Taylor insisted he did nothing wrong when he warned a bonding company he would shut down those in the industry who did not support his candidacy.

Taylor would beat Solis in the November 2020 general election. When he took office on January 1, 2021, one of Taylor’s first actions — suspend Anytime’s license to write bonds at the Gwinnett County Detention Center.

The company hasn't written a bond in Gwinnett County since. 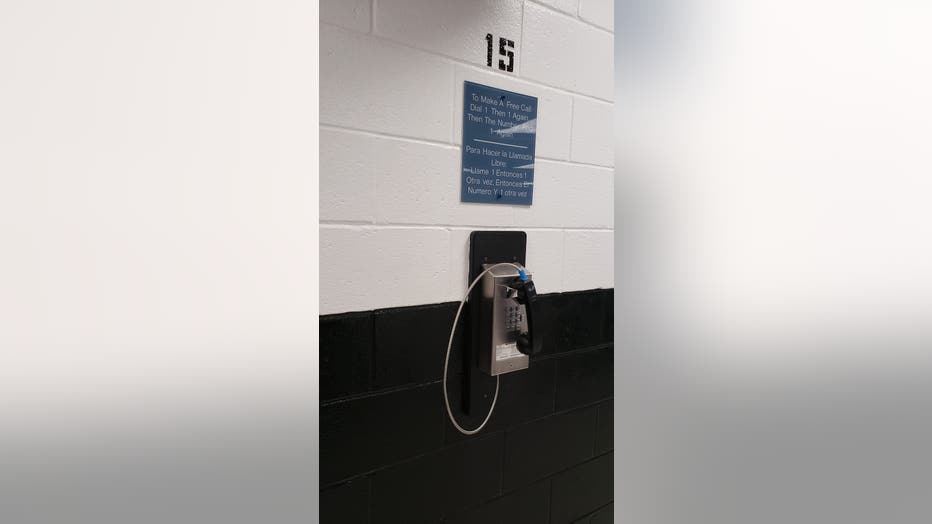 The Gwinnett County Detention Center no longer has easily-accessible signs letting detainees know which bonding companies are licensed to help them get out of jail. Only four will be allowed come August 1.

The bonding industry can be lucrative. When someone is arrested but can’t afford bail to get out of jail, a bonding company will put up the money instead. In return, they charge the client 10 percent of the amount of the bond as their fee.

"I told him his opponent was very interested in that video and I promised him we wouldn’t give it to them," Hall told the FOX 5 I-Team. "And we didn’t."

But what Hall didn’t tell Taylor last year during the campaign is he sent the clip to the GBI. Taylor confirmed he was questioned by a GBI investigator after the election and said it’s still an open investigation.

The experience has left him suspicious.

"I would not have put Scott Hall out of business for being honest about how he actually felt about an incident such as that," Taylor said. "If they’re going to be writing bonds here in Gwinnett County, I have to be able to trust what they’re doing." 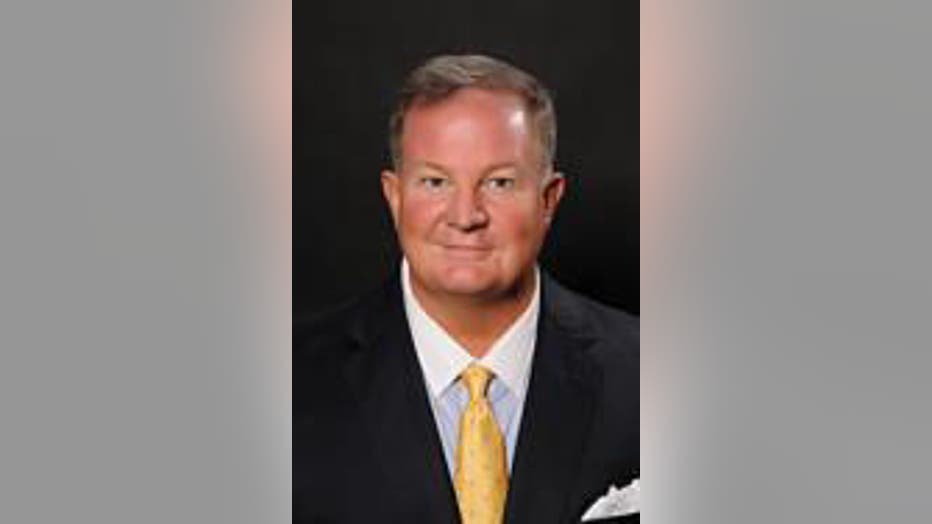 Scott Hall holds prominent positions in both Georgia and national bail bondsman associations. He says Taylor is being vindictive and had no right to remove his bonding company without good cause.

Hall is also the national president of the Professional Bail Agents of the United States. He has sued Taylor in both federal and superior court, alleging the sheriff had no right to revoke the license of a bonding company without good cause.

Two other Gwinnett bonding companies are also suing Taylor because he yanked their bonding licenses, too.

In fact, by August, Taylor plans to have only four bonding companies authorized to do business in Gwinnett County. Down from nearly a dozen before he took office.

Taylor believes fewer bonding companies ensure that they will be financially secure to pay off those bonds if a suspect skips court and forfeits their bail.

"There will be bonding companies that will be allowed to operate moving forward that did not support me," said Taylor.

He’s right. The remaining four still allowed in Gwinnett County after August 1 all made contributions in last year’s sheriff’s race. But all of them to his opponent.

None gave money to Taylor — or apparently their support — perhaps making that 25-second video less sordid than it sounded in 2019 for any company not named Anytime Bonding.