GWINNETT COUNTY, Ga. - Gwinnett County police are investigating after a motorcyclist was killed in a traffic accident Wednesday.

According to the Gwinnett County Accident Investigation Unit, a motorcycle and a mail truck were involved in an accident at the intersection of Oakbrook Pkwy and Indian Trail Lilburn Road shortly after 5 p.m.

24-year-old Austin Caldwell was driving the motorcycle on Oakbrook Pkwy and was turning onto Indian Trail Lilburn Road, according to police. Caldwell then veered into another lane and hit a Toyota Camry. 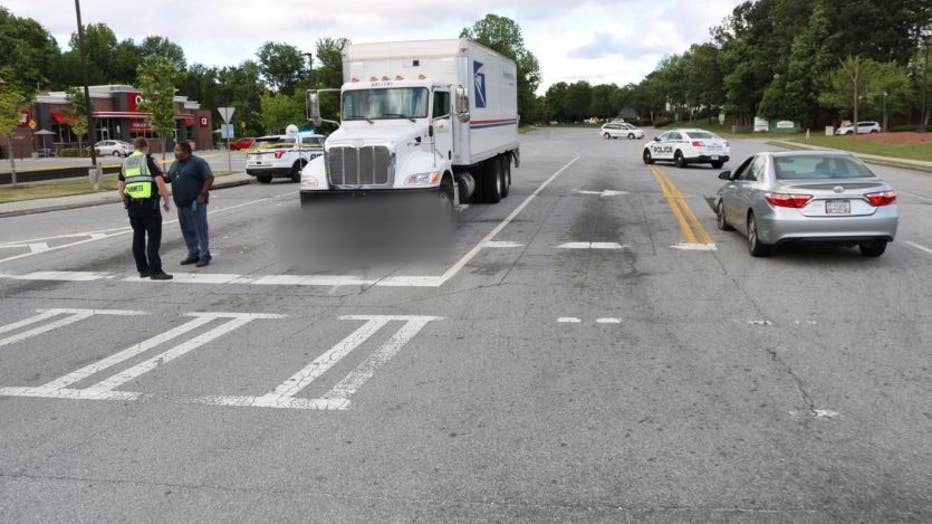 Authorities said, the motorcycle then skidded across the roadway until it hit a mail truck that was on the other side of the road.

Caldwell was taken to a nearby hospital where he later died due to his injuries.