Two U.S. Army recruiters are being credited with saving a shooting victim's life and detaining the gunman until Gwinnett County police arrived.

GWINNETT COUNTY, Ga. - Sergeant Austin Childers and Staff Sgt. Richard Borges work at the U.S. Army recruiting office in Buford and just happened to be walking out of a store on Buford Drive when shots were fired from a nearby business around 1:40 p.m. on April 5. Monday, Gwinnett County Police Chief Bret West honored both soldiers, insisting their actions that day helped officers detain the gunman and saved the shooting victim's life.

"You went above and beyond your call. You are both to be commended for a job well-done," said the chief. 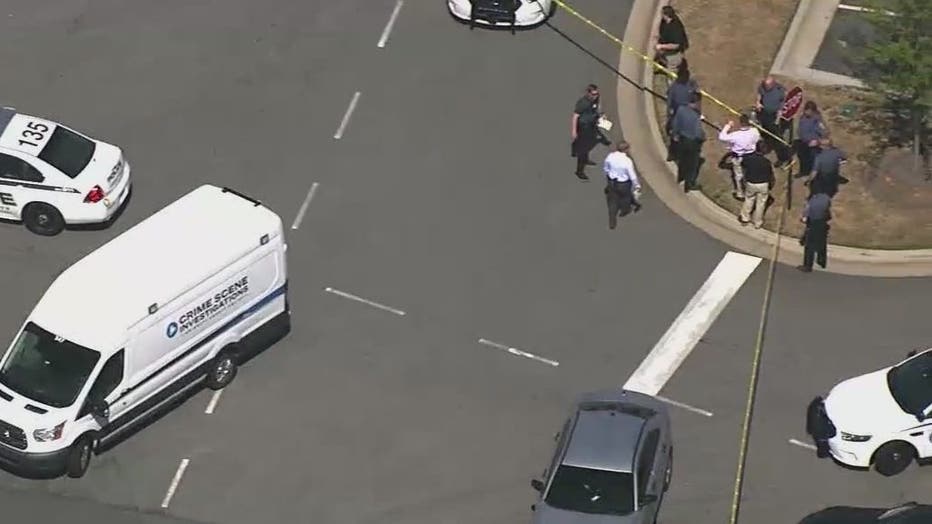 Childers told FOX 5 he spotted the gunman trying to hide behind a car and yelled at him, ordering him to get down on the ground. When the gunman complied, Childers and Burges turned their attention to the victim and started applying tourniquets and chest shields.

"That's not something you see every day, but the main goal was to help the young man and get him to safety, administer first aid and get him out of there," Burges told journalists after the chief honored him and his colleague Monday morning.

"Staff Sgt. Burges even took off his uniform shirt to give the victim cover and reassured him that he would be okay. Childress, covered in blood with his arms and hands, was able to tell paramedics where the wounds were and the extent of the injuries," said the chief. 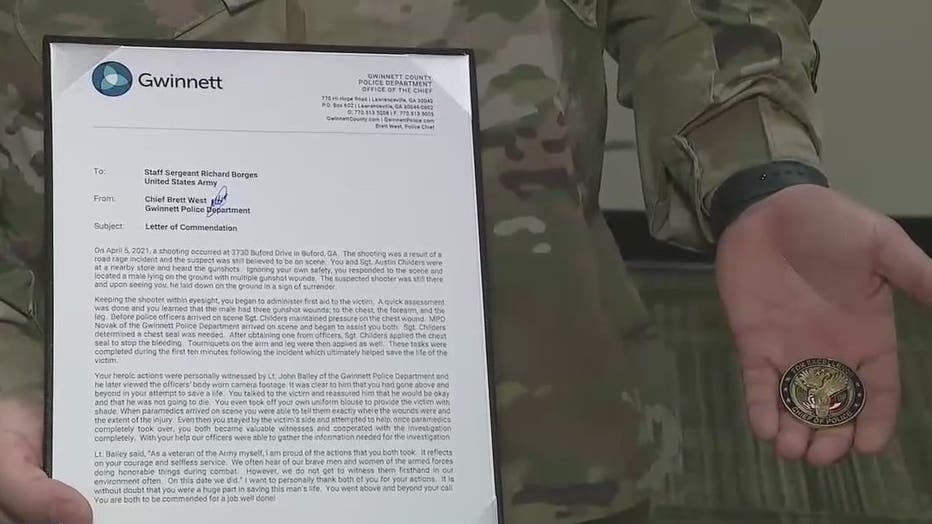 Chief West said the gunman was arrested and the victim was rushed to the hospital with gunshot wounds to the chest, leg, and arm and survived thanks to two soldiers he calls true heroes.

"Ignoring the own jeopardy they may have with a shooter still in the area, they took it upon themselves to intervene and save someone's life and that's admirable," said Chief West.

Both soldiers had a chance to talk to the shooting victim and his loved ones. They were all grateful the soldiers were in the right place at the right time.