ATHENS, Ga. - A mother of eight is recovering after being shot through the window of her house on Rocksprings Court in Athens. 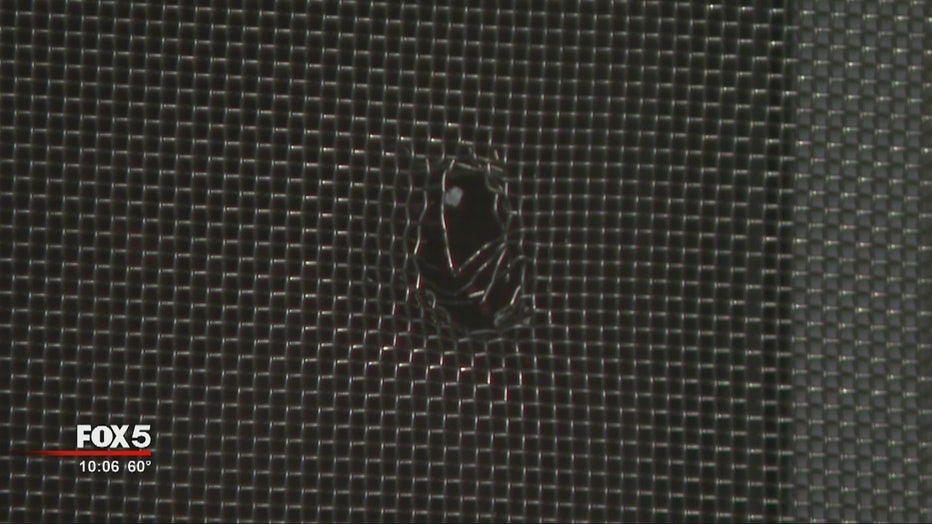 Emily Porter was inside her home on Monday, enjoying a moment with her daughter, when bullets went flying.

"I was in my daughter's room giving her a new necklace I just got her, and I got a matching watch," said Porter. "I was trying on a new red belt and boom, I got shot," she said.

Porter and her daughter said they couldn't believe someone was shooting into their home and thought it was a BB gun at first. "I didn't hear any of the shots except the one that hit my mama," said Porter's daughter. "They weren't very loud."

"My daughter started saying, 'There's blood pouring all down your back!! Then I just freaked out," Porter said of the chaotic moments that followed the shooting.

The mother of eight was grazed in the back by one bullet, but she said several shots were fired.

"Yeah it could've been her," said Porter of how close her daughter was to all the gunfire. "She had literally just stood up away from the window, so I'm glad it was me and not her," said Porter.

Now, police are looking for that shooter: a search Porter hopes will end quickly.

"I'm scared to stand right here with you ro be honest, 'cause I don't know who did it or why, and it's a scary feeling," said Porter.

Neighbors said this shooting has them shaken up too, especially because the bullets went flying next to a playground and community center.

"It’s scary because these kids already have limited resources being in this environment," said Aja Hall of the Rocksprings Court neighborhood. "So the fact they can’t get off the bus without worrying about getting shot it’s terrible, you never know what’s gonna happen," said Hall.

Porter said she is still in shock and hasn't had time to process what could have happened to her family.

Athens-Clarke County Police Department is asking for the public's help in identifying the shooter. Anyone with information about the incident can contact David Norris at 706-613-3330 ext. 556 or david.norris@accgov.com.