Growing concerns over a Covington sinkhole

CONYERS, Ga. - In Conyers, a roadway has started to open up in front of a business, causing concerns over safety and customers.

It’s happening on Iris Drive next to Interstate 20 where the owner of a car lot says he’s been trying for over a year to get the sinkhole repaired.

Frustrated over the lack of progress he reached out to FOX 5’s George Franco who investigated to get to the bottom of which agency is in charge of Iris Road.

"This thing was little man and it has just gone that way and that way. We always wanted to be on the news I was hoping it was for car sales not for sinkholes," said Jack Carter, the owner of Turn and Burn Motors. 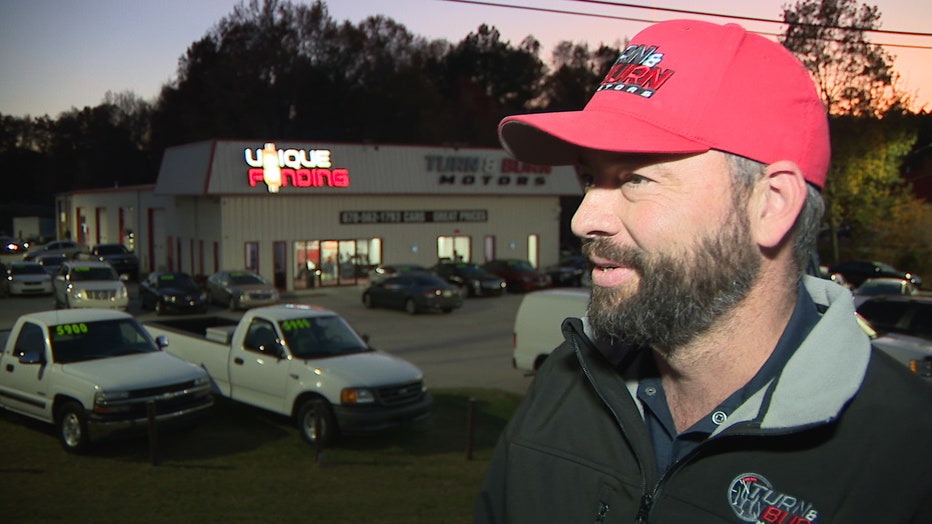 He owns the company with his brother Benjamin. It's located on Iris Road, adjacent to Interstate 20. The brothers told FOX 5 News safety is their biggest concern.

“When is this going to open up and take part of the road with it, when does that happen. I’m sure it won’t be a convenient time for anybody," said Carter. 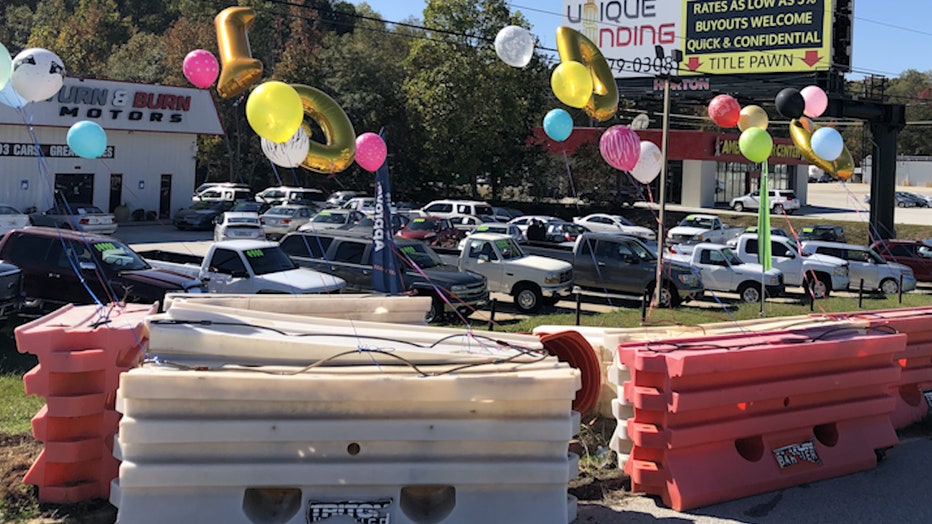 It was an inconvenience marked two and a half weeks ago when employees decorated the barriers with balloons on the sinkhole's first anniversary.

Safety aside, there have also been loss of business concerns for the car lot and neighboring business.

"A lot of the customers do mention it, what’s going on, why are they not fixing it, how long has it been? And it just looks terrible. I mean we don’t want this in front of our business or any business," said Benjamin Carter. 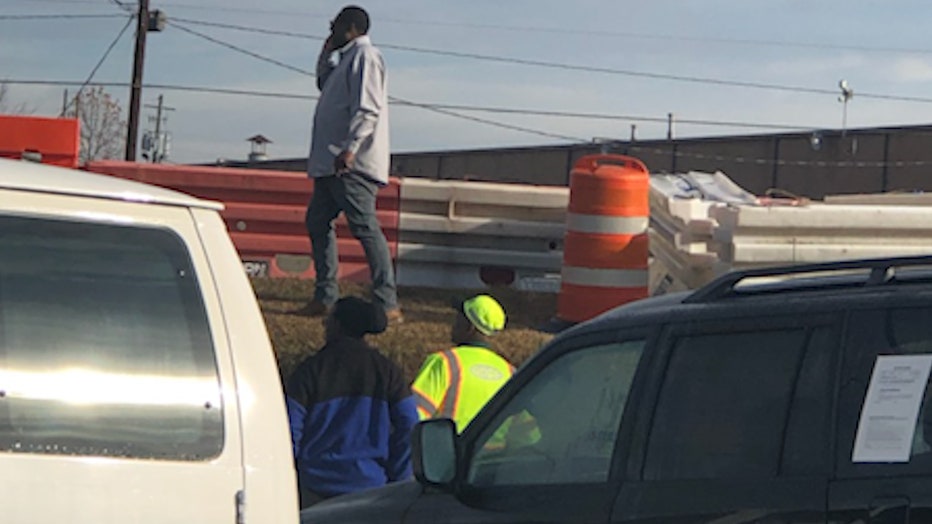 The Carters reached out to Rockdale County and Georgia’s DOT in a fruitless effort to determine which agency is in charge of Iris Road.

FOX 5 reporter George Franco contacted both agencies which was followed by a GDOT crew removing many of the barriers Tuesday morning, opening up more of Iris Road.

In a statement the state acknowledged jurisdiction:

“GDOT is scheduled to start work on the week of December 2 to make needed repairs. The problem is a pipe separation at the headwall of a cross drain structure, not an unknown issue.” 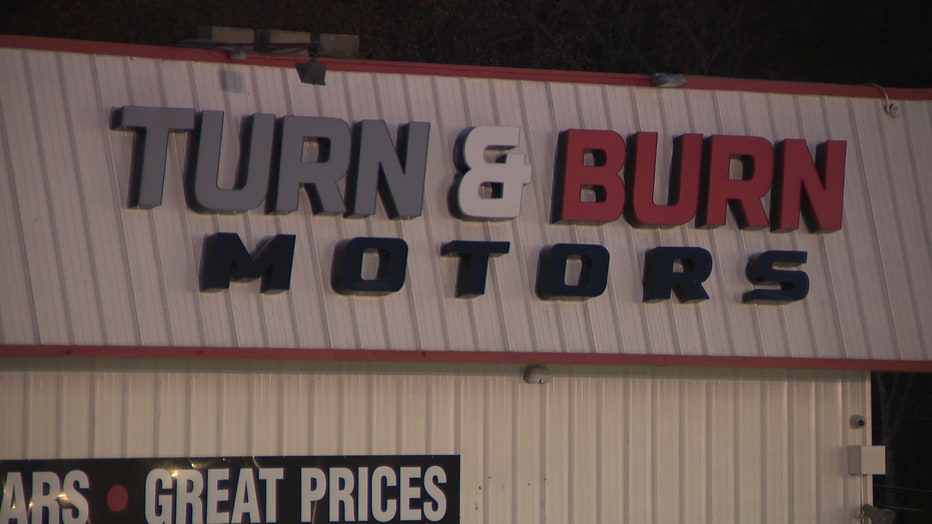 No further details from GDOT on what that means but Jack Carter hopes the repairs come soon enough.

"I’m just not an expert here but I can’t help but think that the more dirt comes away from up underneath that supports the asphalt here the sooner it’s going to be that it collapses," said Carter.

No word from GDOT on how long the repairs are expected to take. 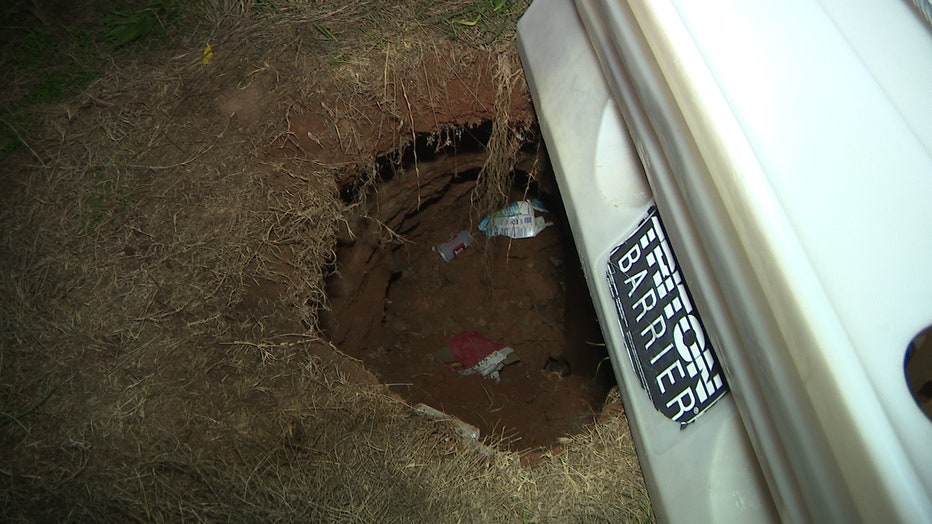