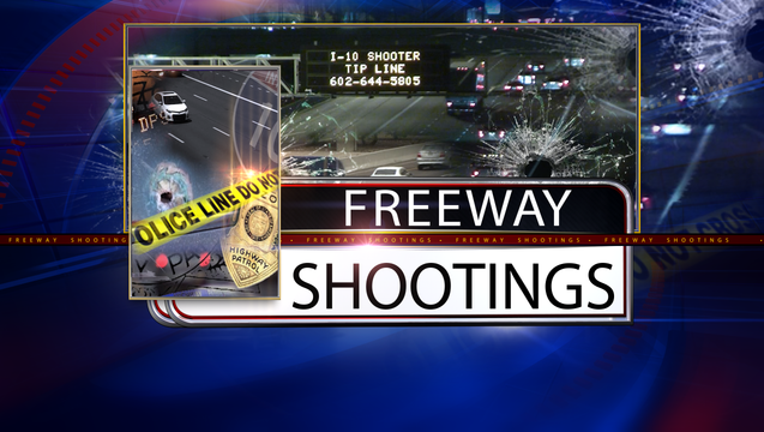 PHOENIX (AP) - Officials say a suspect has been arrested in connection with a string of shootings along Phoenix-area freeways that have kept drivers on edge for weeks.

A spokesman for Gov. Doug Ducey says a man was taken into custody around 7 p.m. Friday at a Wal-Mart in Glendale, a suburb west of Phoenix.

No other details were immediately released.

Since Aug. 29, there have been 11 confirmed shootings of vehicles in the Phoenix area involving bullets or other projectiles.

Most occurred along Interstate 10, a major route through the city.

There have been no serious injuries, though a 13-year-old girl's ear was cut by glass after a bullet shattered a window of a vehicle she was riding in.

The shootings have prompted several school districts to keep their buses off freeways, and some motorists have altered their commutes to avoid driving I-10.