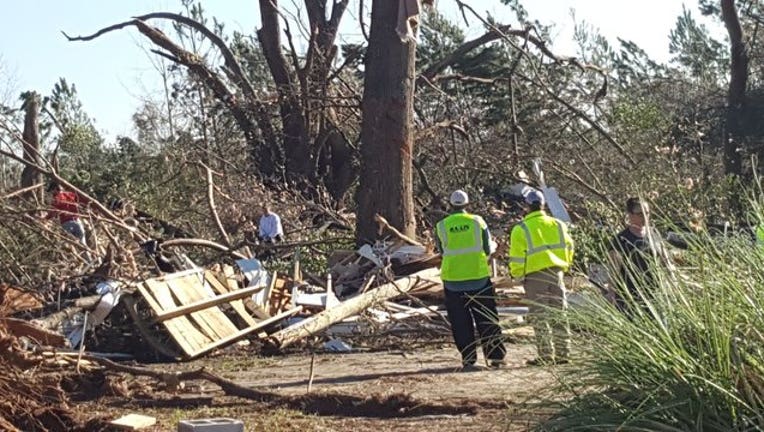 The governor plans to meet Wednesday with local officials in Albany, followed by a helicopter tour of the area to view storm damage. The National Weather Service rated a tornado that struck the city at least an EF-2, with winds of at least 111 to 135 miles per hour.

Deal then heads to Cook County for a driving tour of storm damage in that area. Officials have said seven residents of a mobile home community in the county's community of Adel were killed.

The storms spawned dozens of tornadoes across the region, killing 20 people in Georgia, Florida and Mississippi. Georgia alone reported 15 deaths due to the storms.