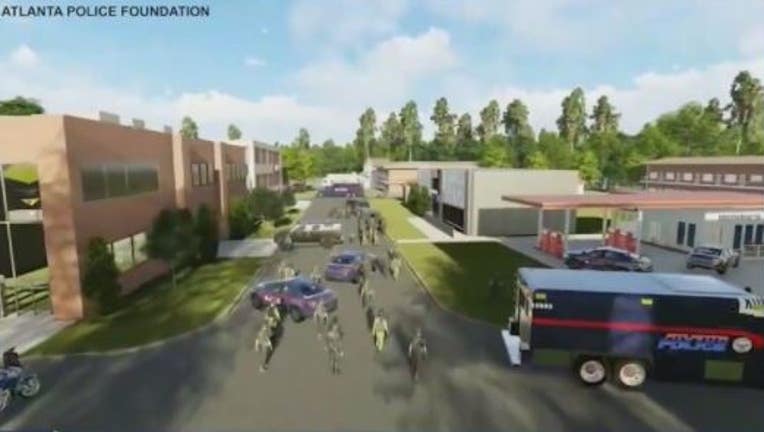 ATLANTA - Georgia Gov. Brian Kemp is weighing in on the debate of whether or not to build a new law enforcement and first responder training center in Atlanta.

An excerpt from the letter reads: The Atlanta City Council is in a unique position to support a new training facility for law enforcement and first responders. Increasing training and support for public safety personnel has united all sides of the political spectrum here in the Peach State in the past, and at a time when residents in our capital city are being plagued by a drastic rise in violent crime, I am encouraging the council to promptly approve this facility.

Our capital city and surrounding metropolitan area are facing a crime crisis. That’s why I have dedicated additional state resources, including the Department of Public Safety’s Crime Suppression Unit and millions of emergency dollars in state funding, to support the Atlanta Police Department. This has been a productive partnership and their joint efforts are seeing significant progress with dozens of wanted criminals taken off the streets, hundreds of stolen vehicles recovered, and thousands of arrests and citations for unlawful conduct.
The security of our families and communities hang in the balance, and we must continue to do all we can to support our public safety partners.

City leaders initially proposed building the massive training facility on 300 acres in DeKalb County, where a police firing range is already located on a piece of the property.

However, city council tabled a vote on a controversial state-of-the-art training facility on Aug. 16, stating public engagement on the matter was poorly executed.

Those in favor of the facility say that amid an uptick in crime, a shortage of officers, and a morale crisis in the police department, the facility is badly needed.

Some opponents argue the land should used for trails. Others say they would like to see the money designated for the facility's construction used on community resources rather than more policing.