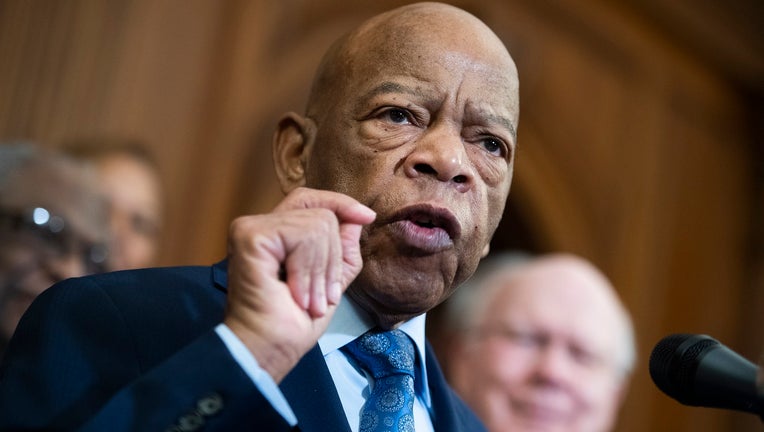 Rep. John Lewis, D-Ga., speaks during a news conference in the Capitol on the Voting Rights Advancement Act on Friday, December 6, 2019. (Photo By Tom Williams/CQ-Roll Call, Inc via Getty Images)

"John Lewis was a man of integrity, visionary, and force for good. It is impossible to adequately describe how he positively changed the world during his lifetime," the governor wrote. "Although his loss remains heavy on the heart of our nation, his legacy will endure, and we must all strive to live our lives with the resolve of a higher purpose and meaning like John Lewis.'

The writ of special election was issued by the governor as the late representative’s body was lying in state at the Capitol Rotunda as part of a six-day commemoration of his life, legacy, and service to the American people.

Lewis' body will return to Georgia on Thursday for a funeral to be held at historic Ebenezer Baptist Church.