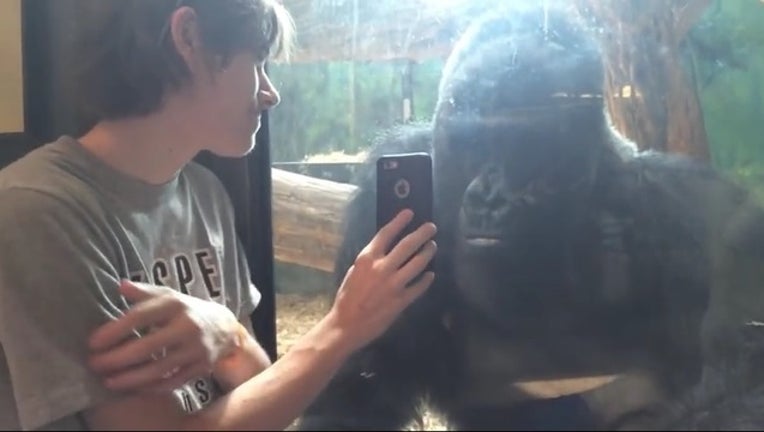 LOUISVILLE, Ky. - A gorilla at a Kentucky zoo is winning hearts on the Internet for his interest in a man's photo gallery on his cell phone.

The video was shot at the Louisville Zoo. A man was seen showing Jelani, a Western Lowland Gorilla, pictures on his phone through the glass.

The zoo posted on its Facebook page that Jelani appeared to love looking through the photo album.

Jelani is one of the gorilla residents at the 4-acre award-winning gorilla sanctuary at the zoo. His species is listed as "critically endangered".