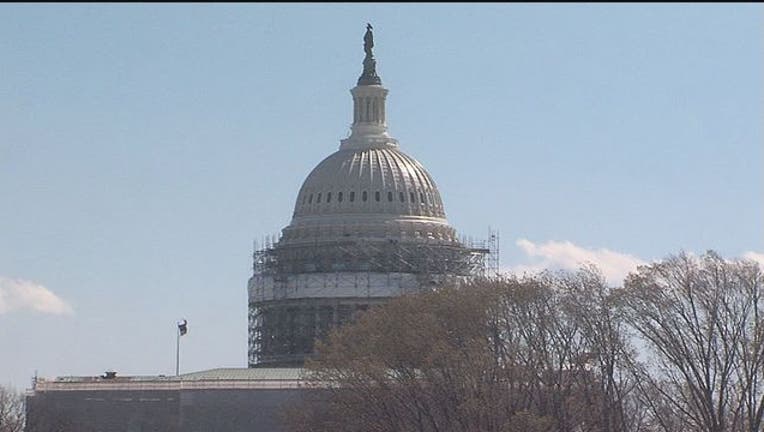 At the heavily wooded intersection of Georgia Highway's 52 and 9 in the foothills of the Appalachian Mountains, Bernie Fontaine sat in his pickup truck to discuss what makes him a more electable candidate in his second run for Congress.

"There are two draws: voting incumbents out and my qualifications, which I'm pushing this time," Fontaine said.

If no candidate gets a majority on May 24, the top two move to a runoff election in July.

Both incumbents are under fire for supporting John Boehner in his final bid for Speaker of the House over long-shot challengers and for backing a spending bill.

"I think we are seeing this in different parts of the country and we are seeing challengers from outside the political realm," Swint said. "But challenges from the right in the Republican Party aren't unusual either."

In the 9th, Collins reported nearly $478,000 on hand at the end of March. Former Congressman Paul Broun reported about $43,000 in cash; the other three candidates all reported less than $5,000.

Fontaine ran against Collins in the 2014 Republican primary and carried nearly 20 percent of the vote. Fontaine said the numbers proved he could garner support, despite less money from donors. Similar challengers with tea party roots in the district are former educator Roger Fitzpatrick and retired developer Mike Scupin.

"It's always an uphill battle when you go against an incumbent because they have so much advantage in money and a network that (challengers) have to build," Scupin said. "And they know that, so they go up there and vote any way they want."

Broun, who left his 10th District seat for an unsuccessful U.S. Senate bid in 2014, has mounted the most competitive campaign against Collins.

Collins has questioned whether Broun is suited for office. Broun's former chief of staff, David Bowser, has been charged with using taxpayer funds to pay a campaign consultant. The consultant, Brett O'Donnell, has pleaded guilty to lying to investigators during a 2014 investigation by the House Office of Congressional Ethics.

"It's not an insider-outsider issue, it's about doing what's best for constituents," Collins said. "I think when you look at our record, it's close to home and not representing the rhetoric of passing time in Washington."

Loudermilk is making a similar pitch in the 11th District.

"The biggest thing this year is that I have a proven record," Loudermilk said. "Action speaks louder than lies in a mailbox."

"We have to give Donald Trump the prize for people opening their eyes, because now people are saying 'Hey, we want change,'" said Davis, who decided not to accept campaign contributions.

Davis' newcomer persona was brought into question after Atlanta television station WAGA-TV reported that he previously served in Arizona's state legislature. The report also said Davis did jail time in the 1990s after pleading guilty to lying on a loan application. Davis acknowledged both were true during a televised debate this month, saying he "took responsibility and then moved on."

Kennesaw State's Swint said he doesn't think incumbents are more vulnerable this year. Cowan, though, is hoping voters are prepared to make a change.

"Along with the vast majority of Americans, I think Congress is broken right now," he said. "And the Republicans I voted for have become part of the problem."