Man reacts quickly to save people from burning building

A Sandy Springs man said he helped pull out three children and a woman from a burning building.

The blaze broke out after midnight at the Azalea Park complex on Cedar Run. Residents say the men banged on doors and yelled for people to get out of the burning building.

Megan Hartman was sleeping when she woke up to the smell of smoke. She heard the men's warnings and rushed into her roommate's room. The two of them grabbed their dog Harvey and ran outside, seeing smoke coming from a neighbor's apartment. Not long after, the entire place went up in flames.

Residents say the men banged on doors and yelled for people to get out of the burning building.

Firefighters arrived only to have their efforts thwarted by a broken hydrant. That forced them to look for another water source, giving the blaze enough time to cause the roof to collapse. They also say heavy winds hampered their efforts.

The cause of the fire is unknown. All eight of the building's apartments are considered a total loss. Luckily, no one was hurt, as the 17 people inside all escaped.Fire officials will follow up in the morning with the complex to make sure all of the other hydrants work properly and try to figure out what happened to the one that failed.

The Red Cross is assisting the victims, at least some of whom had insurance. 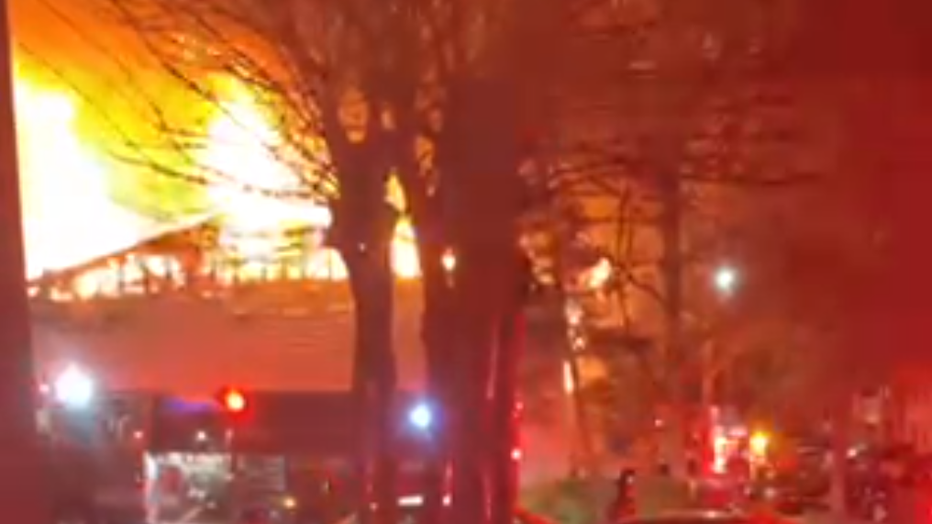 Flames rip through the building

Hartman didn't know the men who warned her about the fire. It's possible they were police officers who got to the blaze before firefighters arrived. She calls herself blessed. The fire chief said whoever it was, they saved a lot of lives Wednesday morning.