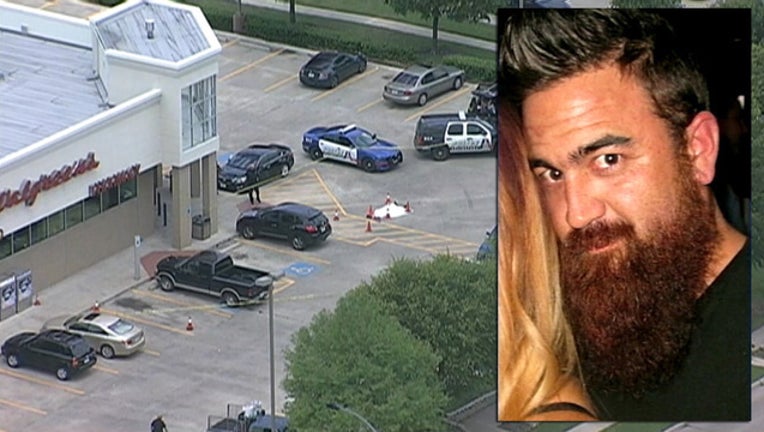 ARLINGTON, Texas (AP) — Authorities say a father of three was killed when he attempted to assist a woman who had been shot by her husband during an argument outside of a Dallas-area store.

Arlington police allege that 35-year-old Anthony Antell Jr. saw 22-year-old Ricci Bradden shoot at the feet of his wife during an argument Monday outside of a Walgreens where she works, striking her once.

They say Antell retrieved a handgun from his vehicle, but that Bradden managed to slap it away and then fatally shot him.

Bradden was being held Tuesday at the Hill County jail on a murder charge.