A family is reeling after a devastating gas explosion that destroyed their home and left a woman with severe burns.

DAWSON COUNTY, Ga. - A local woman has a long recovery after suffering second- and third-degree burns.

Her mother, Carolyn Hayes, said she was inside their home when it exploded in Dawson County.

"She had these burns on her face, her arms, her legs, her back. Thirty-five percent of her body is what the doctors told me was really badly burnt," Hayes explained.

On Monday afternoon, for the first time since her daughter was rushed to the hospital, Hayes went to see what's left of the place she's called home for more than two decades.

"It's devastating. Everything in the world, everything I own is gone," she said while looking at the damage.

A little more than a week ago, Hayes said her daughter was inside their home alone when a gas explosion caused a major fire. 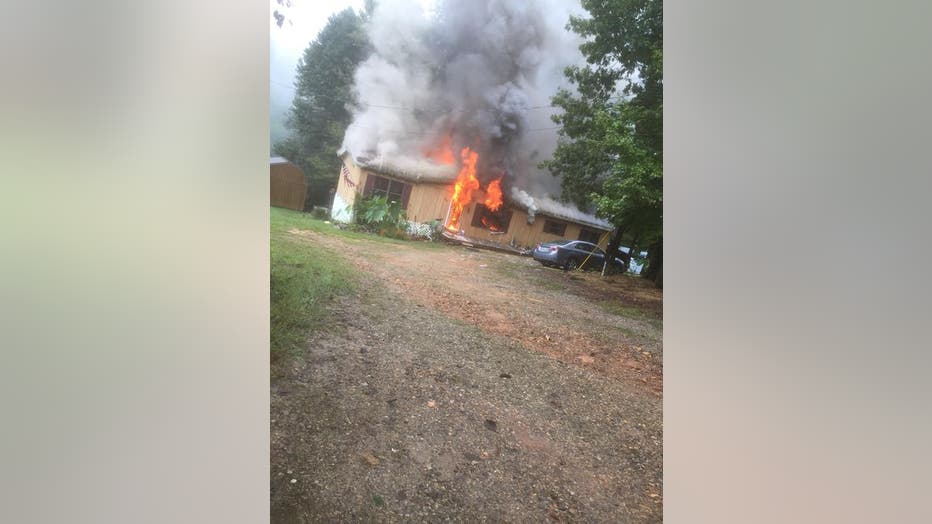 "She was in the kitchen. I don't know how she got out," Hayes said.

Right now, Hayes is staying at a hotel but in a few days she's moving in with son. And, just up the hill, it's the daily reminder of the devastation that left her daughter with severe burns.

Her grandson Jacob Thompson was at his dad's house down the hill when he heard the commotion.

"It was just a big boom and it shook the trailer," Thompson said.

We could see where part of the back wall fell to the ground as well as the collapsed roof.

"The whole house was just like barrels of smoke, lot of smoke. The whole room of the house was turning black, windows were like popping from heat," Thompson said.

Hayes says her daughter will likely be in the hospital for several months.

While the daily sight is traumatic, she's planning to rebuild in the exact spot.

"This is home. It's my land and this is where I wanna live,” Hayes explained.