Clara Jackson, who first was able to vote after the Voting rights Act of 1965, hopes others are not discouraged by the long voting lines.

DOUGLAS COUNTY, Ga. - Clara Jackson was almost 40 years old when she finally had the opportunity to vote for the first time. She hasn't missed too many elections since then and after waiting decades for the right to cast a ballot, the 94-year-old Douglas County resident told FOX 5's Portia Bruner no line is too long to wait.

"I enjoyed going and I was glad I was able to go out there on my own," Jackson said days after casting her ballot with her daughter at the Deer Lick Park precinct in Douglasville. 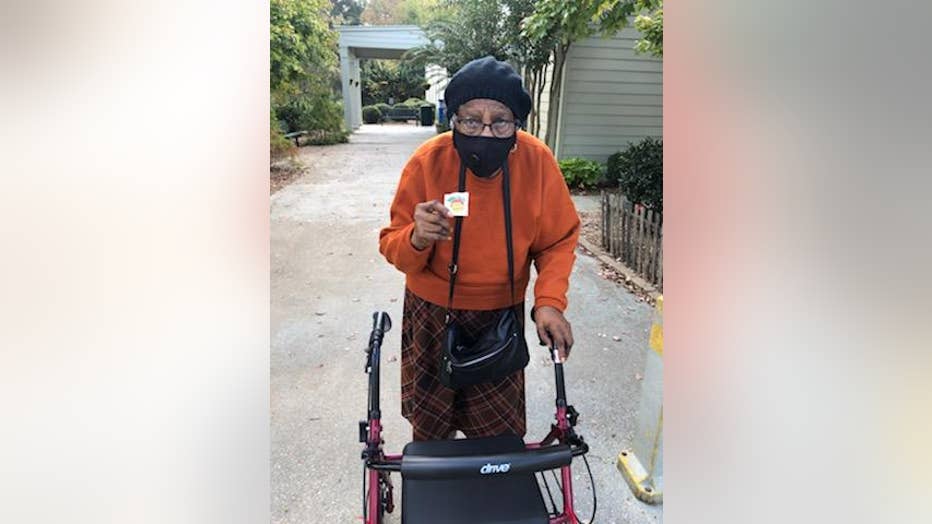 At 94, Clara Jackson hasn't missed too many elections after waiting decades for the right to cast a ballot.

Friends had urged Jackson to avoid the risk of coronavirus exposure and vote absentee, but she insisted on voting in person.

Going straight to the poll means a lot to Miss Clara, who was 39-years-old the first time she voted in Gallion, Alabama--not long after President Lyndon B. Johnson signed the Voting Rights Act of 1965.

"I did wonder would we ever be able to vote when they were talking about it. Would it ever happen for the Black people to vote, but it finally passed and the Black people had a chance to vote and I was glad I was able to be in that number," said Jackson, who moved to Georgia to live with her daughter in 2010. 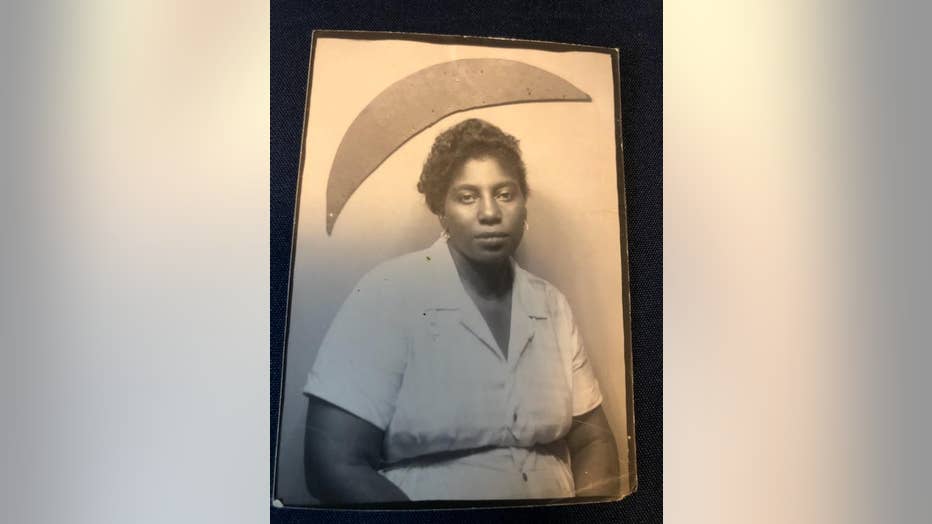 Clara Jackson, now 94, was almost 40-years-old when she finally had the opportunity to vote for the first time.

In fact, she still has the number she was assigned on her 1965 Certificate of Eligibility to vote. She's kept it in her pocketbook even though she hasn't needed it in more than 50 years. It's just a simple, but poignant reminder of her role in our democracy.

"The first time I voted, I was in a line for a long time. I was glad to be able to go out and vote and I try not to miss one. When they say it's time to vote, I go," said Jackson.

Della Clack had never seen the voting certificate until her mother showed it to her last week.

"I was amazed to see she had that piece of paper from 1965 where she signed it and it was just amazing to see it. It helped me understand why it was so important for her to get registered to vote when she moved here with me ten years ago," Clack said from her Douglasville home. 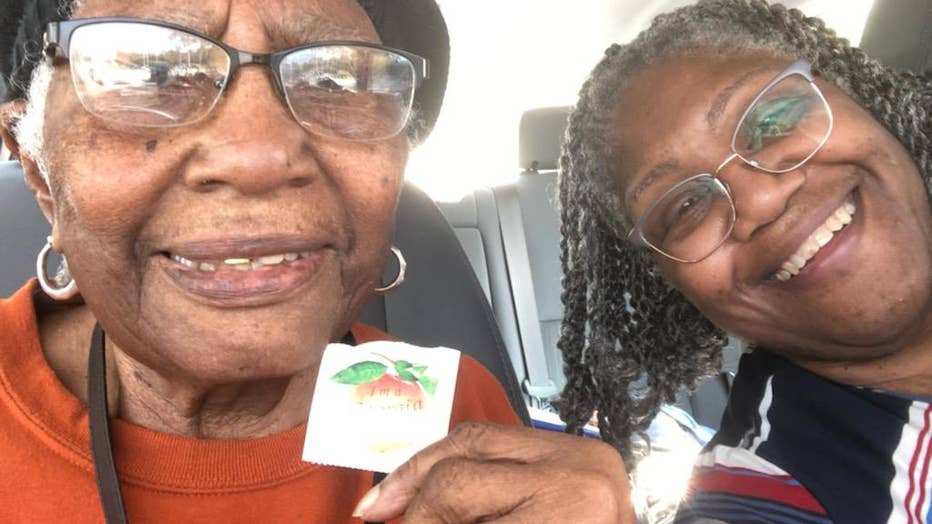 Jackson, pictured with her daughter, insisted on voting in person.

Georgia Secretary of State Brad Raffensperger predicts long voting lines in the final days of early voting--even longer lines when two million Georgians are expected to vote on November 3. Ms. Jackson urges voters not to be discouraged by the wait, insisting no line is too long to ensure your voice is heard.

"I tell them to vote because you don't know how it will turn out to be and how it will help you in years to come," Jackson said with a smile.