ATLANTA - Georgia state Sen. Greg Kirk has died after a months-long battle with bile duct cancer. He was 56 years old.

The Republican state senator has lost his battle with cancer.

Kirk, who represented Crisp, Dodge, Dooly, Lee, Tift, Turner, Worth and parts of Sumter and Wilcox counties in the 13th District, was diagnosed with the rare cancer earlier this year. He had been fighting the difficult battle against the disease for months. In November, the Republican senator posted on his Facebook that he was at Emory getting targeted drugs to attempt to kill multiple tumors.

In a statement, Gov. Brian Kemp described Kirk as a "man of faith who served his family, community, and state with passion and integrity."

Before becoming a member of the state Senate in 2014, Kirk was a businessman, founding three companies in south Georgia. He also served as the senior pastor of Rehoboth Baptist Church in Americus, Georgia for seven years. 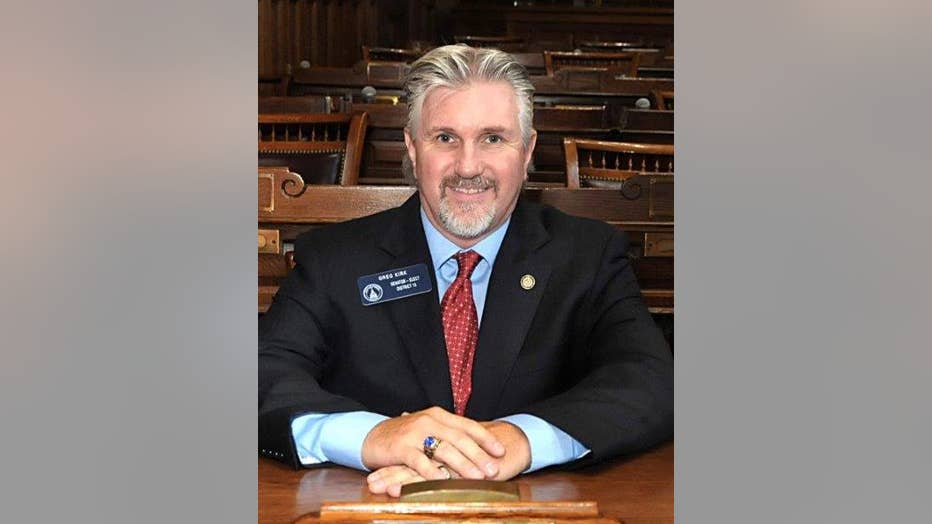 Kirk is survived by his wife, Rosalyn, seven children, and five grandchildren.

A visitation will be held from noon to 2 p.m. on Friday, Dec. 27 with a service to follow at Central Baptist Church.