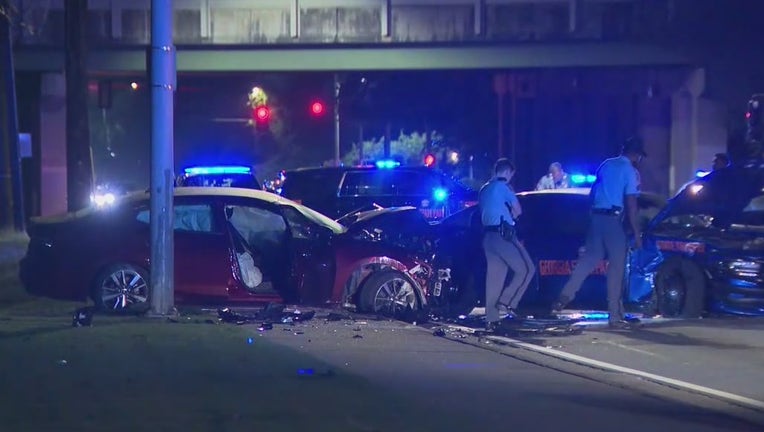 A Georgia State Patrol trooper is recovering after an overnight wreck on MLK Jr. Drive.

ATLANTA - Atlanta police said a Georgia State Patrol trooper was involved in a wreck after a pursuit in Atlanta on Friday night.

Georgia State Patrol said the trooper was involved in a chance when the wreck happened at around 9:33 p.m. on Martin Luther King Jr. Drive.

The trooper and occupants of the two other cars involved in the wreck were injured, officials said.

FOX 5 Atlanta is working to learn the extent of the injuries in the wreck and the cause of the pursuit.