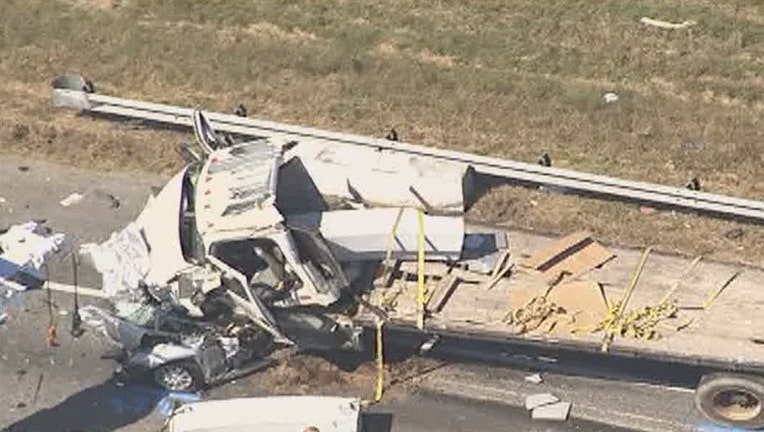 JACKSON COUNTY, Ga. - Georgia State Patrol is at the scene of a deadly wreck in Jackson County.

No further details on injuries are available.

The wreck is north of Georgia Highway 82. The Georgia Department of Transportation said Wednesday morning the wreck had closed all lanes on I-85 southbound.

The Georgia Department of Public Safety said the wreck involves multiple vehicles. Officials did not offer a precise estimate of time to clear the wreck.

A statement from Georgia State Patrol said troopers are on-scene conducting their investigation.

SKY FOX 5 observed what appeared to be a tractor-trailer with significant front-end damage.

At 1:50 p.m. on Wednesday, traffic was stopped as far north as Maysville Road. Speeds were slowed nearly to a stop north of Commerce at the Highway 441 exit.