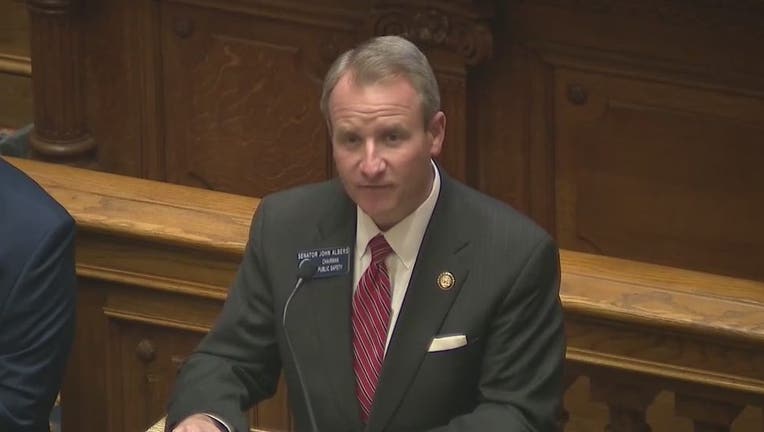 The Lincoln Project in a since-deleted tweet, accused Georgia Senator John Albers, R-Roswell, of being "a co-sponsor of SB62 – a bill meant to suppress black votes & institute a new Jim Crow." The tweet also pointed out that Albers was "CIO of Fisher Phillips (@labor_attorneys), a firm that represents Americas’ biggest companies. They pride themselves on diversity & inclusion…"

Albers said he "proudly" backed the bill, but ended up being one of four GOP state lawmakers who did not vote for the Senate omnibus elections bill that would limit who can vote by mail in Georgia.

The state senators took to the Senate floor on Monday to address the issue, at times, tearing up. He also released a statement that reads:

"Last week, in a series of since-deleted Tweets, The Lincoln Project knowingly lied about me in a desperate attempt to remain relevant and distract the public from its own transgressions. Among other things, they falsely accused me of trying to ‘suppress voters’ in several Tweets that also tagged my employer and several of its largest clients. These disgusting tactics are nothing new, but I will not allow this disgraced PAC to try to ‘cancel’ me or deceive my constituents and the American public.

"The truth is that I co-sponsored Georgia Senate Bill 62, which provides for ballots in the state of Georgia to have a watermark, seal and other security elements to include the precinct number—which are best practices. I did not sponsor or vote in favor of other recent bills in Georgia that sought to limit no excuse absentee balloting and reduce weekend voting. As a matter of fact, some groups attacked me for not supporting these other measures.

"My record is crystal clear. I believe voting is a sacred right and should be available, transparent, and secure for all citizens. I am proud of my work in this area. And I will not allow myself to be cancelled, threatened, or intimidated based on lies about my record—particularly by a disgraced group facing well-publicized allegations of sexual harassment and financial impropriety.

"Even though The Lincoln Project is a flailing organization plagued by scandal and hypocrisy, its ‘words matter’ and have devastating consequences. Obviously, the strong-arm strategy of tagging my employer and some of its biggest clients in their false and defamatory Tweets about me was intended to destroy my career. And of course, regardless of the truth, I have already been falsely labeled, lost my job, and received threats against my entire family.

"The truth matters. People who are willing to subvert the truth for their own political and personal agendas present an imminent threat to our democracy. I cannot allow radical groups like The Lincoln Project to continue using lies and deception to stoke division and destabilize our great country. I am taking a stand to defend the truth and hope all Americans will join me. Enough is enough."