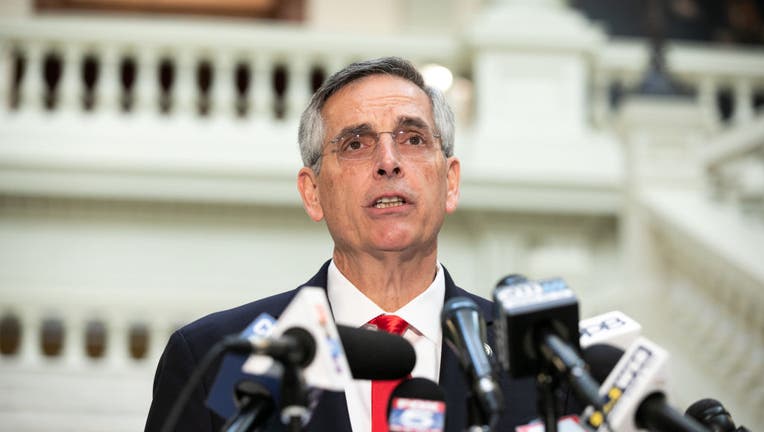 The article, titled "My family voted for Trump. He threw us under the bus anyway," was published in Wednesday's edition of USA Today.

In the piece, Raffensperger defended the process, stating Georgia had "wildly successful and smooth elections." He went on to say that the president "refused to accept the facts" of the results.

"A losing presidential campaign refused to accept the facts, following a playbook written by a failed gubernatorial candidate two years before. A failed senate candidate with nothing to do tried to undermine the integrity of Georgia’s elections," Raffensperger wrote.

The Secretary of State has maintained there was no evidence of widespread voter fraud in the state's election. He reitierated that elections are and should always be non-partisan.

"Elections are the bedrock of our democracy. They need to be run fairly and, perhaps more important, impartially. That’s not partisan. That’s just American. Yet some don’t seem to see it that way," Raffensperger wrote.

Georgia officially certified results following a hand-count audit. The results showed Biden with 2.47 million votes, Trump with 2.46 million votes and Libertarian Jo Jorgensen with 62,138. That leaves Biden leading by a margin of 12,670 votes, or 0.25%.

Speaking with FOX 5, Raffensperger said he and members of his family have received death threats and scathing political attacks.

"What's really troubling about it is when threats actually came into my wife's you know cell phone," said Raffensperger.