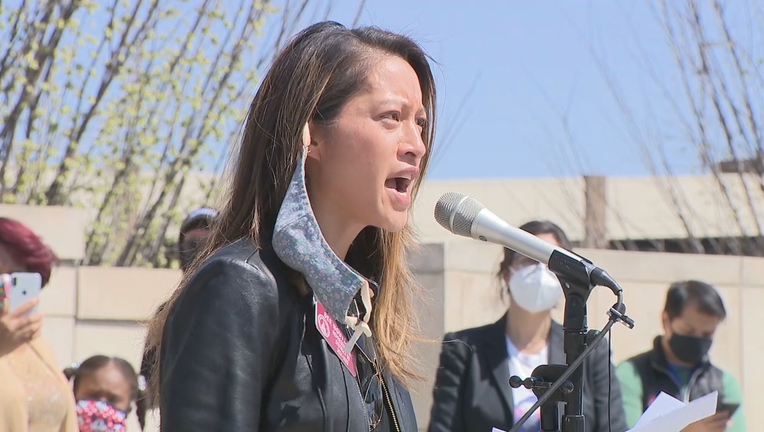 ATLANTA (AP) - Democratic state Rep. Bee Nguyen announced Tuesday that she’s running for secretary of state in 2022 to counteract efforts by Georgia Republicans to restrict access to the polls.

Nguyen has been in the House since winning a 2017 special election to succeed Stacey Abrams in a district that includes parts of DeKalb County just east of the Fulton County line and some parts of the city of Atlanta. Nguyen, 39, is also a vice-chair of the state Democratic party.

With Republican incumbent Brad Raffensperger besieged from the right by challengers who say he didn’t do enough to defend Donald Trump as Joe Biden won Georgia’s 16 electoral votes, Nguyen is taking a different tack, appealing to Democrats as a defender of her party’s recent success Georgia’s elections.

In her campaign announcement, Nguyen highlighted her work to debunk claims of electoral fraud, noting how her questioning of former Trump campaign operative Matt Braynard in a December legislative hearing poked holes in a number of Braynard’s claims. She also highlighted her opposition to Georgia’s new election law.

"I am running to ensure that all Georgians have the right to participate in our democracy and for Georgia to lead the country on voting rights, not on voter suppression," Nguyen said in a statement. "As part of that commitment, the secretary of state’s office will prioritize accessibility, efficiency, and equity across all divisions."

Nguyen is the first Democrat to announce for secretary of state, but is the fifth House Democrat to launch a bid for statewide office in 2022, with the party’s increasing competitiveness in Georgia making higher office an attractive bet.

She’s the daughter of Vietnamese refugees, and has had a high profile after the March shootings that killed eight people, including six women of Asian descent, at Atlanta-area massage businesses.