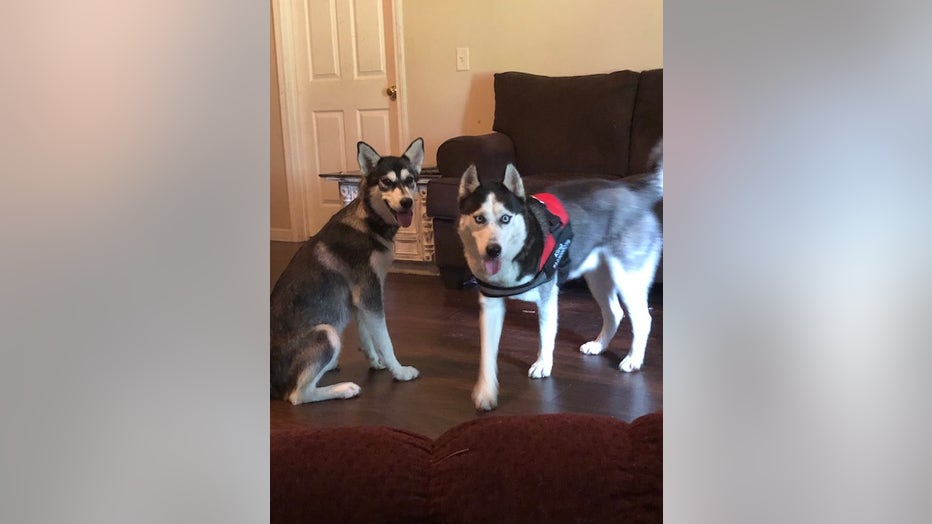 Their dogs' owner found them both shot just hours after they ran away from home. (Douglas County Sheriff's Office)

The Douglas County Police Department shared a photo of the two beloved pets on Facebook, saying that they were victims of aggravated animal cruelty.

According to police, the two dogs left their home on Schley Street on Jan. 1. Around three hours later, their owner heard that her dogs were found on Highway 206 in front of Coffee Middle School.

When she got to the scene, the woman found one dog shot to death and the other suffering a gunshot wound. The injured pup died during surgery.

If you have any information that can help police find the shooter in this case, please Douglas Police Department's Criminal Investigations Unit at 912-384-2222 or the Anonymous Tip Line at 912-260-3600.