Some Marietta police officers kept spotting a man who they later learned was homeless, so they decided to do something to try to help remedy that.

MARIETTA, Ga - Persistence and compassion are what Marietta police said it took for one of their officers to get through to a homeless man and get him the help he needed.

Police said for months they got calls about a man in a wheelchair at the intersection of Cherokee Street and Canton Road. He was sitting outside a gas station, or sometimes he'd be in the middle of the road. People were concerned about him and tried to help, but the man said he was okay.

Then one day, Marietta Police Officer Landon Brooks decided to get to know the man they all knew as Ronnie. Officer Brooks learned the man in the wheelchair was a military veteran suffering from PTSD. He was also a father.

"He spoke about his family and his son and that he hadn't seen him in a while but that he needed help and was ready to get help," said Officer Brooks. 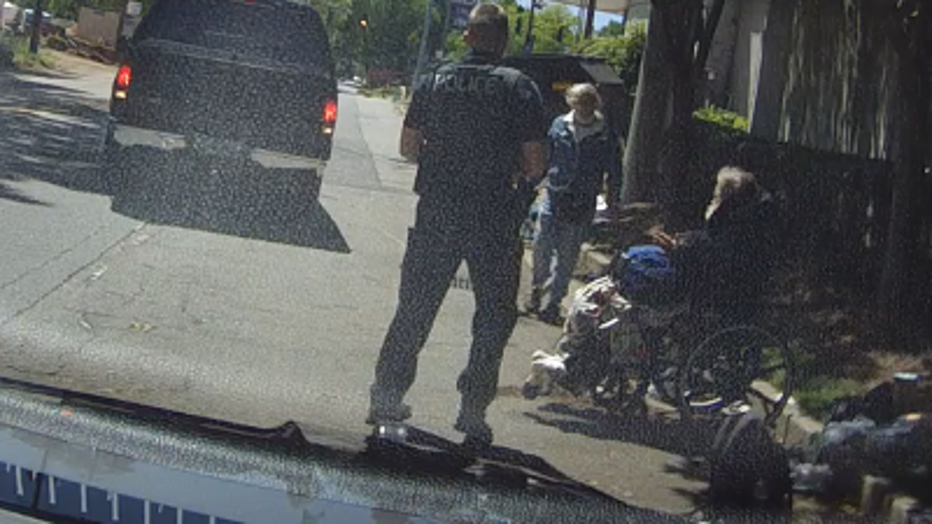 At a time when people were keeping their distance during the pandemic, Officer Brooks was reaching out to this man.

Barbara Martin who lives nearby had also been trying to help Ronnie.

"It takes a village and it does take everyone working together to help individuals," said Martin.

Together they contacted various agencies until eventually there was a long term plan for Ronnie. A plan where he could get the physical and mental help he needs and a warm bed instead of the streets.

"Just to know he was in a safe place is what I was so glad about," said Martin.

"I think the community getting together with him and building that rapport and us being able to offer our services is what might have saved his life," said Brooks.