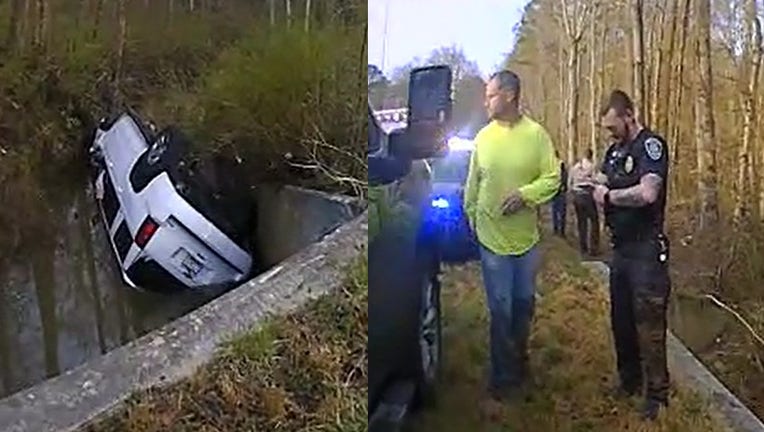 SNELLVILLE, Ga. - A Snellville police officer and a Good Samaritan are being praised for their heroics after rescuing a man who had been trapped in an overturned vehicle overnight.

Officials say Officer Devries was on his way home from working his patrol shirt Saturday morning at 7 when he was flagged down on State Route 81.

The man who flagged the officer down, David Clendening, told Devries that he found a vehicle overturned in a creek and could hear a man screaming inside.

Both men quickly entered the water and Devries broke a window to get the man out.

The driver, whose identity has not been released, told both men that he had been trapped in the vehicle all night.

"We would like to thank Mr. Clendening and Ofc. Devries for their quick action allowing the driver to receive medical treatment," the Snellville Police Department wrote on Facebook.

The trapped man's condition is not known at this time.