ATLANTA - Mandy and Christian Jones have spent their first two and a half months together as mother and son in Children's Healthcare of Atlanta, living hour by hour, sometimes minute by minute. 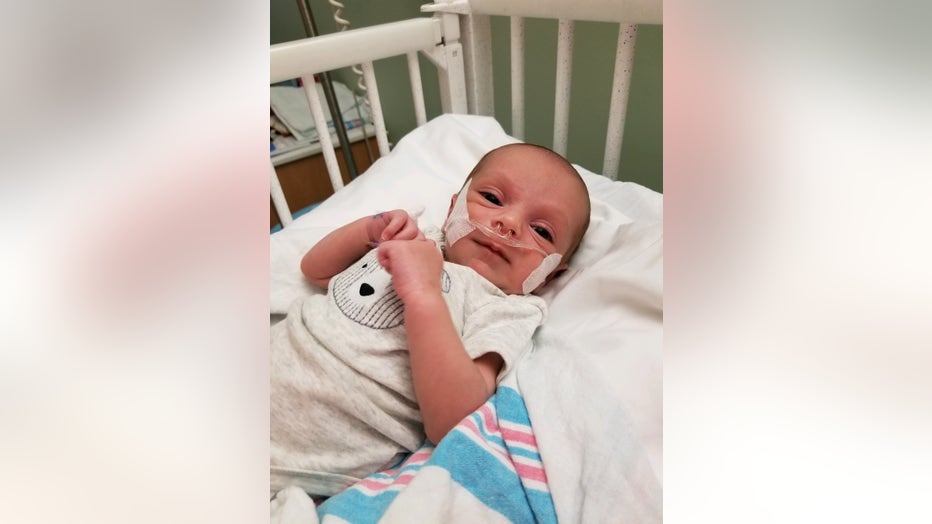 Christian Jones was born with a rare syndrome called CCHS that causes him to stop breathing during sleep. (Jones Family photo)

Then, she heard him breathe.

"I had just had him, and they laid him on my chest," Jones remembers.  "I don't think a baby straight out of the womb should sound like a 50-year old man sleeping." 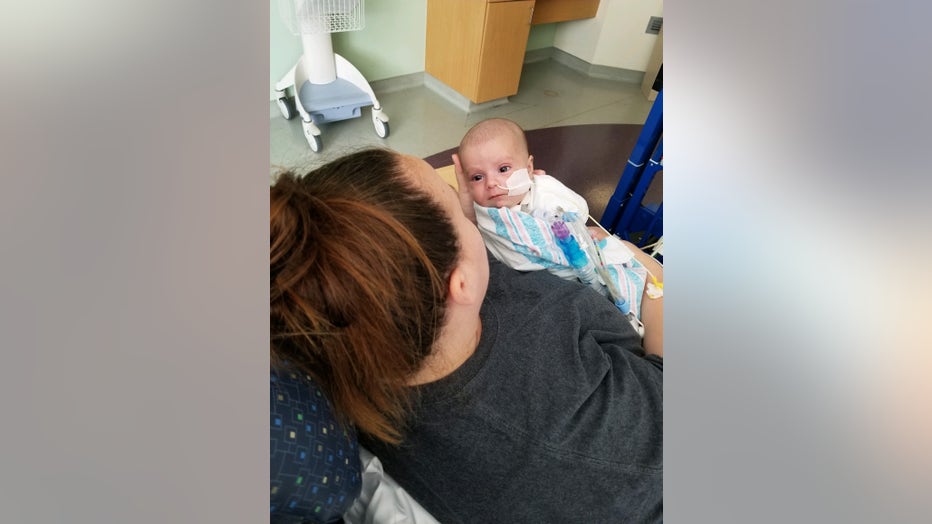 Christian Jones was born with a rare syndrome that causes him to stop breathing during sleep.

"I don't think a baby straight out of the womb should sound like a 50-year old man sleeping."

The Hart County mom says her delivery team reassured her Christian was okay, and sent them home.

But, she says, he didn't look okay.

So, she rushed him to the emergency department at Children's Healthcare of Atlanta. 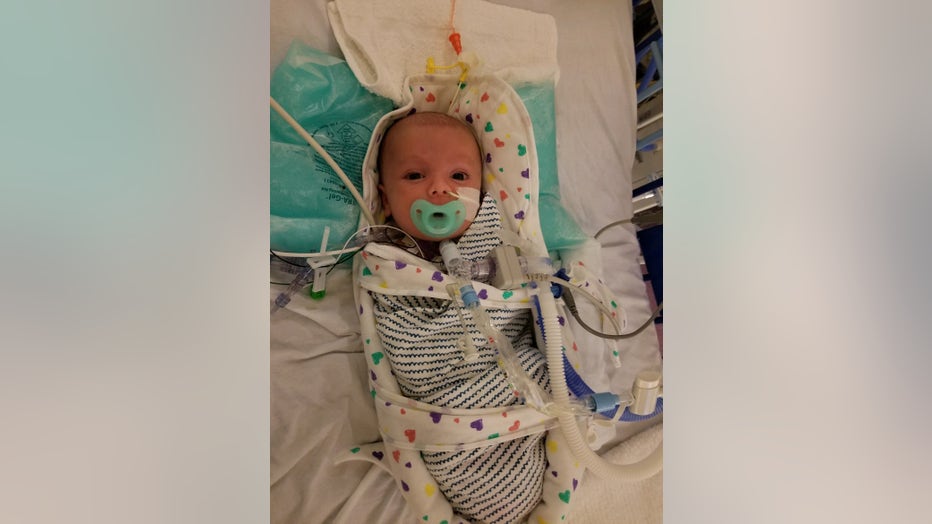 Christian was diagnosed with congenital central hypoventilation syndrome, or CCHS.

"This is extremely rare," Dr. Kasi says.  "We only know there are about 1,000 individuals throughout the world, who have this condition, and, currently, there is no cure for this condition."

"It's really, really hard.  It's a whole new life change."

Christian's brain will sometimes "forget" to tell his body to breathe, especially when he's sleeping.

So, he's on a ventilator, and likely will be, at least for a couple of years. 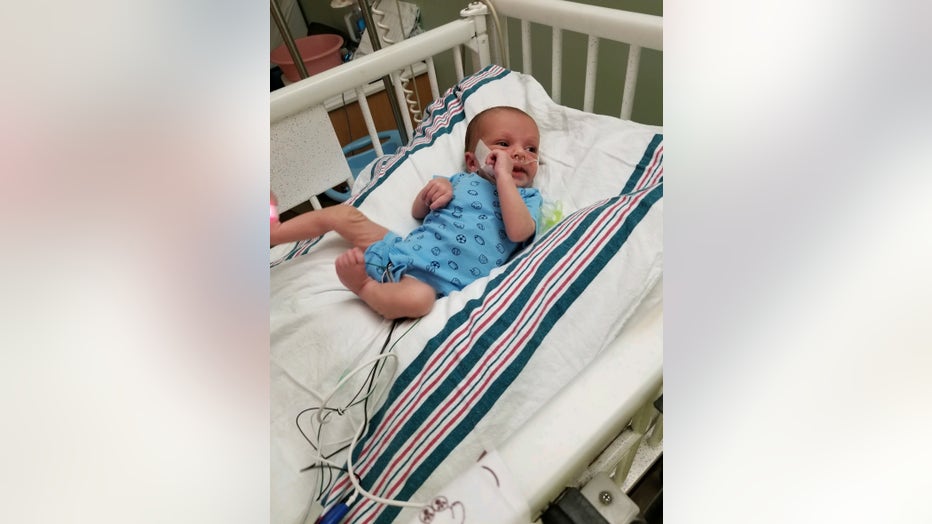 Christian Jones of Hart County, Georgia, was born with a rare syndrome that causes him to stop breathing during sleep.

"And, it's really, really hard," his mother says. "It's a whole new life change."

"When children get a little bit older, they could potentially get their tracheostomy, or breathing tube, removed, by using mask ventilation called BiPAP," he says. "It's somewhat like a sleep apnea machine."

Christian may eventually also qualify for a surgery to implant electrodes along his diaphragm, that would work like a pacemaker to regulate his breathing. 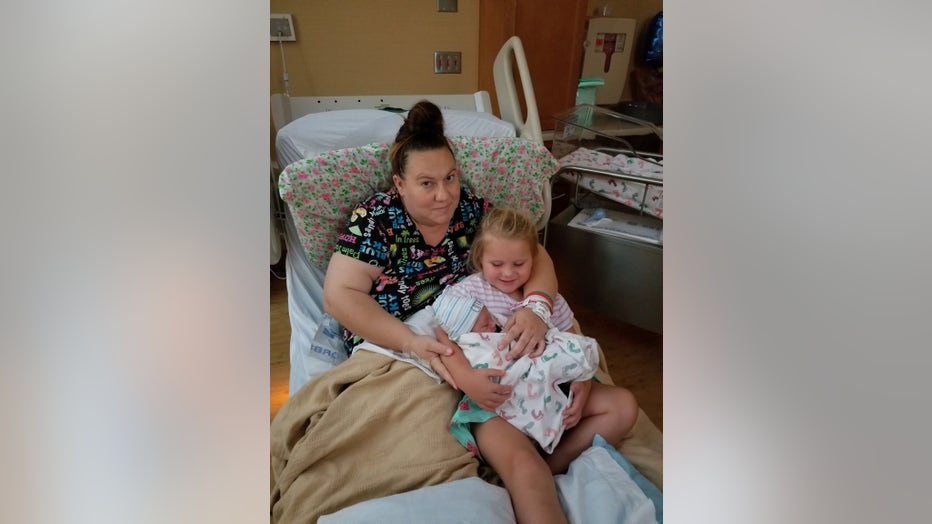 Christian Jones of Hart County, Georgia, was born with a rare syndrome that causes him to suddenly stop breathing during sleep.

That surgery typically isn't performed until a child is in preschool or older.

Mandy Jones says her goal is to get Christian to the point he can go on the BiPAP.

Then, she hopes, the machine will get him to the point they can do the diaphragm surgery.

They're getting there, she says, taking it day by day.