September is Prostate Cancer Awareness Month. The American Cancer Society predicts that more than 34,000 deaths will be due to prostate cancer this year. A Cobb County man is turning his diagnosis and remission into a new life focus by advocating for others.

COBB COUNTY, Ga. - Doctors will diagnose one in eight men with prostate cancer during his lifetime. September is prostate cancer awareness month and one survivor is using his story to work to raise awareness.

David Moffett’s prostate cancer got detected early. The Cobb County man was just one of more than 250,000 new cases in 2019 and he got lucky. He’s now in remission, but he’s also on a mission to educate other men about the need for screening.

"Zero symptoms. I didn't have any erectile issues, no blood in my urine no pains, or anything like that. I did have a family history. My dad had prostate cancer but never talked about it," said Moffett.

In a routine yearly checkup, Moffett’s doctor told him to see a urologist about elevated numbers. After a biopsy, he learned he had stage 2 prostate cancer.

"The standard of care treatment are surgery to remove the prostate like David had or radiation to destroy the prostate," said Dr. Paymon Nourparvar, WellStar Health Systems 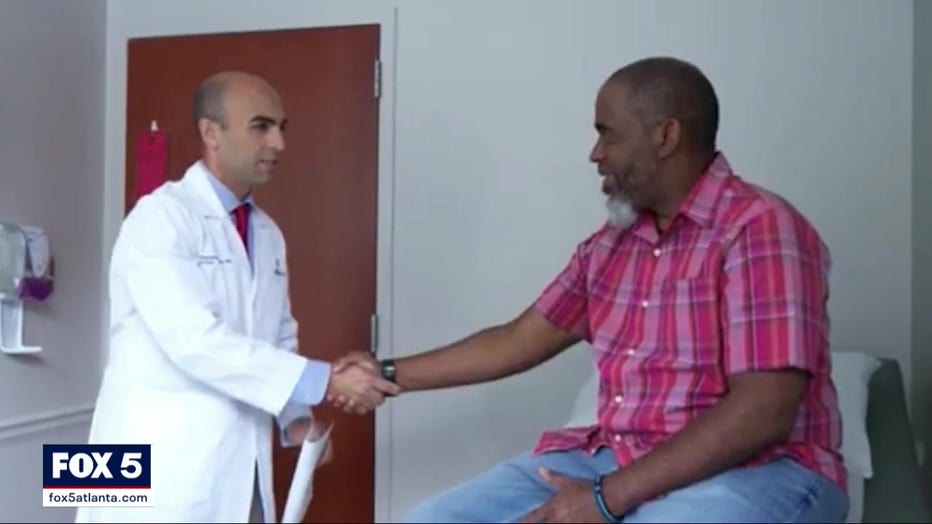 Moffett was introduced to Dr. Nourparvar who removed his prostate and his cancer in 2019. Today, he remains cancer-free.

"I knew I was doing something personally, but God put it on my heart to pretty much tell me you're not going to keep this story to yourself. You’re gonna share this and it's going to be impactful to other men," said Moffett.

He is not only a survivor, he's an advocate. Through Wellstar Health Systems, he leads a group of men in a prostate cancer support group.

"As long as I have air in my lungs I will advocate, I will be a champion, I’ll be a fighter and I’m going to continue to tell my story, and for those that we have lost and I will tell their story as well," Moffett.

Many men, like Moffett, have a family history of prostate cancer and don't even know.

For anyone with a family history, doctors advise getting a screening done starting at age 45.