Crossover Day at the state Capitol

Election reform bills are the focus of Crossover Day under the Gold Dome.

ATLANTA - Georgia’s Republican lieutenant governor is declaring independence from Donald Trump in a new book and urging other members of the GOP to follow.

Geoff Duncan has been a target of heavy criticism from the former president and many other Republicans for his outspoken criticism of Trump’s efforts to overturn his presidential election loss. In a new book, "GOP 2.0," he lays out his vision for a different future of the Republican Party.

The book, which comes out next week and was obtained exclusively in advance by The Associated Press, mixes Duncan’s take on what went wrong with Trump and the aftermath of the 2020 election with his ideas for how the GOP might welcome back the moderate, college-educated suburban voters who have drifted away from the party. He says he wants to be not anti-Trump, but post-Trump.

"I just wanted to have a conversation with with anybody in America that considers themselves conservative," Duncan said in an interview before the book’s release.

Duncan never writes Trump’s name in the book, a move he said he made on purpose.

"I will not worship him," Duncan writes. "I will not excuse his excesses. I won’t believe his lies. I won’t mimic his tone. I won’t disingenuously pander to voters he’s misinformed. And I certainly won’t mislead my constituents because he wants me to."

He recounts a visit with Trump in a preelection ride in a motorcade, where he found him well-informed about Georgia issues. He says he believes Trump could have won reelection in 2020 by running on his record instead of airing grievances. But Duncan concludes that Trump’s post-election behavior showed the former president was so flawed that he’s glad he lost. 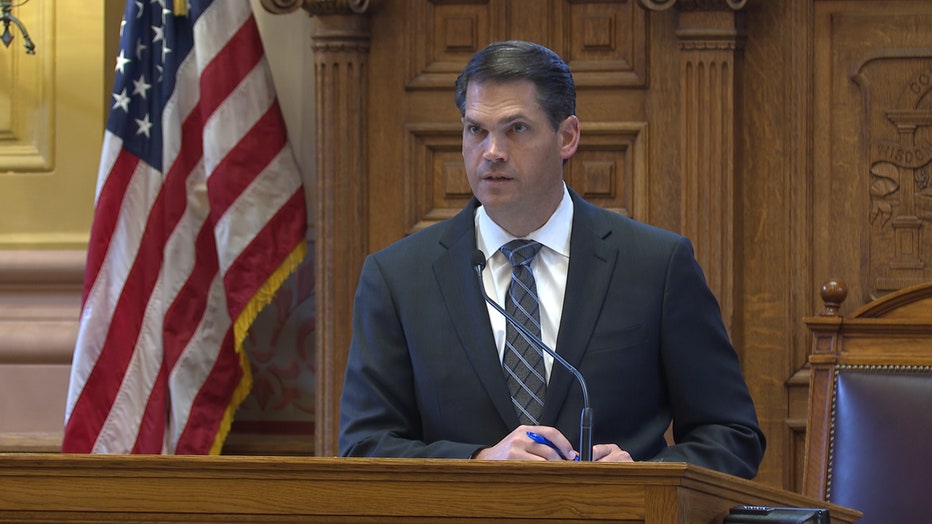 "Looking back, perhaps his flaws and consequent loss were our saving grace," Duncan writes. "We discovered that all the policy wins in the world couldn’t compensate for other shortcomings."

Most Republicans feel differently. Duncan chose not to run again in Georgia in 2022, saying he couldn’t effectively campaign for office and promote his vision for the party at the same time. But he would have faced a stout primary challenge with no guarantee of reelection.

Duncan says he gets a great deal of support, but it’s hard to see many high-profile Republicans yet rallying to the banner of GOP 2.0. Georgia Gov. Brian Kemp and Secretary of State Brad Raffensperger have been under attack by Trump alongside Duncan, and both Republicans have tried to mollify partisans as they seek reelection.

Duncan boils his prescription for what Republicans should do next down to a three-word catchphrase — policy, empathy, tone. He argues that Republicans need to pursue better policy to broaden its appeal, show empathy to effectively reach voters, and discard a divisive tone mainly aimed at riling up their base voters.

He also steps away from absolutist support for gun rights, saying Republicans will lose influence if they don’t show some willingness to compromise on issues like background checks.

"We can’t entirely stop gun violence, but we can maintain control of the debate by taking smart steps that balance our freedom to bear arms with everyone’s right to security," Duncan writes.

Duncan goes back and forth on Georgia’s new election law, supporting many but not all of its measures. He acknowledges that most Republicans were motivated by Trump’s loss, but accuses Democrats of unfairly attacking the final product even after some of the worst provisions were removed.

"Nobody thought the bill was perfect, but it wasn’t a monster," Duncan writes.

The book is peppered with metaphors and stories from Duncan’s college and pro baseball career as a pitcher. When he talks about tone, he argues that Republicans need to vary their rhetoric despite the demands of partisans.

"The crowd wants you to throw a fastball every pitch and blow it by the batter," Duncan writes. "They’re literally yelling for you to ‘bring the heat!’ But if you do, you’ll end up losing the game."

Duncan argues repeatedly that rank-and-file Republicans are being misled by a partisan media and their own leaders. People should seek out news coverage outside their ideological silos, he says, and Republicans need to shun some of the "entertaining and enticing battles that play out on social media."

The book is suffused with an earnest, straight-arrow tone. Some would call it naivete, but Duncan calls it optimism: "And if — if — the Republican Party can shake off its loyalty to wronghearted leaders, and if our party can understand, love and forgive others, I believe we can find a better way forward an elect a new kind of Republican president in 2024."