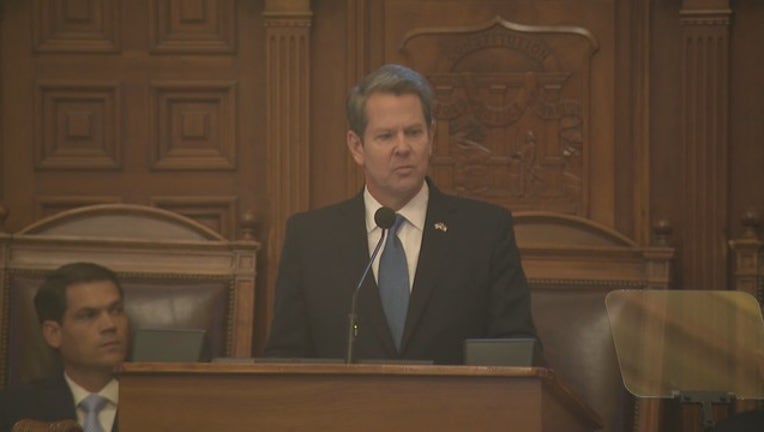 ATLANTA (Associated Press) - The coming days in the Georgia legislature are all about one, all-encompassing proposal: the state budget.

While the state House and Senate will not hold floor sessions, many lawmakers will return to the Capitol on Tuesday - after a the long holiday weekend in honor of the Rev. Martin Luther King Jr. - for joint budget hearings. That's where they'll hash out the amended budget for fiscal year 2019 and general budget for fiscal year 2020, which begins July 1.

Former Gov. Nathan Deal announced in early January that state tax revenue collections for 2018 were up almost $517 million as of December, a 4.6 percent increase over December 2017.

Here is a look at some of Kemp's budget proposals that will be on the table:

Kemp's budget report includes funding for a number of improvements to Georgia's school system, a pledge that became a significant part of his general election platform.

In his amended budget proposal for 2019, Kemp calls for $69 million in order to provide $30,000 to each of Georgia's 2,294 public schools for security projects determined at the local level.

It also calls for $8,400,000 for mental health services in Georgia high schools.

It includes roughly $16,500,000 in lottery funds to increase Pre-K teacher salaries by $3,000 and increase assistant teacher pay by 2 percent as well.

The machines have received frequent criticism from election integrity activists and cybersecurity experts who say they are vulnerable to hacking and can't be effectively audited. They're part of an ongoing court challenge by Fair Fight Georgia, a political group founded by Kemp's former Democratic rival for governor Stacey Abrams.

A study committee tapped by Kemp, who was Georgia's elections chief until resigning in November to prepare for governor, voted 13-3 in favor of recommending costlier touchscreen ballot-marking machines over less expensive systems that use hand-marked paper ballots.

Ballot-marking systems often include an electronic touchscreen where voters make choices and then print a paper receipt including a bar code that can be read by a computer, but not easily verified by voters.

The commission vote was largely split along partisan lines, with the three down votes coming from the two Democratic members and its lone cybersecurity expert.

The dissenting members and most citizens that spoke before the commission favored hand-marked paper ballots tabulated by an optical scanner. They say such a system is the most secure, cheapest, and allows voters to verify their choices before casting a ballot.

The $150 million allocated in Kemp's budget is in line with the cost of the more expensive ballot-marking machines.

The legislature will next have to rewrite election law to specify requirements for the new machines. Democrats have vowed to continue pushing for hand-marked paper ballots.

The ultimate procurement would then be handled by Secretary of State Brad Raffensperger's office, in line with the change in the law.

Kemp announced during his State of the State speech Thursday that he was including $1 million in the Department of Community Health's budget in order to create a waiver plan that would give the state more flexibility in using federal Medicaid funding.

He did not elaborate on what a waiver might include. His office said in a statement that the funding was for a consultant to assist in reviewing options and developing a plan and that the ultimate goals included lowering costs and improving access.

Medicaid strategies that some Republican-led states have talked about include partially expanding the program to cover only residents below the poverty line, a less generous option than provided by the 2010 Affordable Care Act, which extended eligibility to many people just above poverty as well.

Partial expansion would be less costly for states, but it's unclear whether the federal government has the legal authority to grant such a waiver. It would almost certainly draw a court challenge as have some Medicaid work requirements approved under the Trump administration.

Deal and other state Republicans had previously opposed Medicaid expansion on the grounds that if federal funding ceased, the state would be left to fully pay the costs.